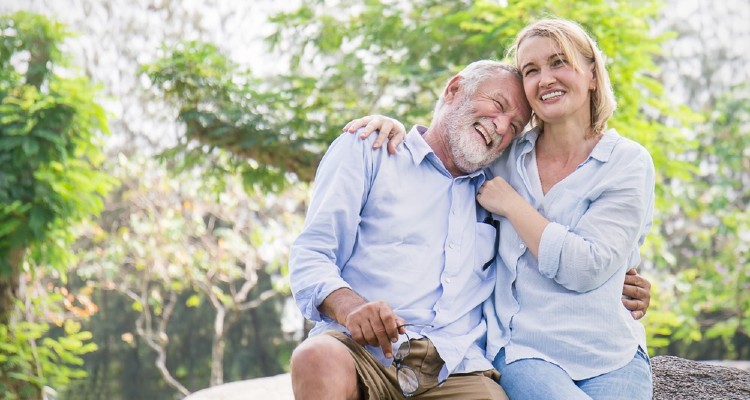 Misplaced keys. A forgotten name. Getting lost near home. These are examples of what may happen to a person experiencing short-term memory loss, a normal part of the aging process.

It’s increasingly difficult to maintain mental sharpness and peak brain function throughout the aging process. The brain slowly loses its ability to store, retain and retrieve information due to a decrease in brain cells and activity.

As a result, forgetfulness becomes a byproduct of aging. That may lead to an inability to retain new information, losing or misplacing objects like a cell phone or keys and forgetting basic information.

But, there are supplements that you can take or recommend to your patients to help maintain memory and cognitive function.* Along with a healthy diet, frequent exercise and plenty of sleep, these supplements can help boost brain function during the golden years.*

This amino acid has been identified as a nootropic that benefits the aging process.* That’s because Acetyl-L-Carnitine has demonstrated an ability to promote mental alertness and clarity along with improved focus and mood.*

Ginkgo Biloba is a traditional Chinese remedy that’s among the most widely taken supplements for memory support.* This herbal supplement has been shown to have a positive impact on memory, stress reduction, mood and overall brain function.*

Derived from the eponymous tree, Ginkgo Biloba helps improve cognitive function by supporting blood circulation, nerve cell function and the proper utilization of oxygen and glucose.* This extensively studied botanical has also been cited for its free-radical fighting properties that help protect the brain and body from oxidative scavengers.*

It’s for those reasons that Ginkgo Biloba is commonly recommended as part of a healthy aging regimen.*

Phosphatidylserine (PS) is a phospholipid that’s found in high concentrations in the brain. PS is made up of amino and fatty acids and it’s a main component of cell membranes. Supplementing with PS has been shown to help maintain mental sharpness and optimal brain function in aging individuals.*

As one of the brain’s fundamental building blocks, PS is a critical component of healthy brain function.* PS plays a key role in cellular function by supporting the production of neurotransmitters, cellular repair and hormone secretion.* Its powerful free-radical fighting properties also help protect the brain from harmful oxidation.*

Studies have shown that supplementing with PS may help with cognitive decline.* A growing body of research indicates that PS supplements can help with memory loss due to age.*

Bacopa monnieri is an ancient herb native to India that has long been used in Ayurvedic medicine for its ability to support memory, learning and focus.*

Also known as Brahmi or hyssop, Bacopa may help enhance memory particularly in individuals who are experiencing age-related cognitive decline.* Bacopa supports kinase function, which is the process of breaking down substances to be used by brain cells.* It’s responsible for balancing of levels of neurotransmitters like GABA, serotonin and dopamine to help improve communication between brain cells.* Bacopa also increases the level of acetylcholine, the neurotransmitter primarily responsible for memory and learning.*

Like the nutrients mentioned above, Bacopa is a powerful free-radical fighter that can help protect the brain from oxidative damage.* Bacopa also supports nerve cell formation, circulation and stress management.*

Why is everyone talking about Curcumin?

Curcumin can help support a healthy mood and memory in people demonstrating age-related memory loss, according to a 2018 study by researchers at UCLA.* Throughout the study, subjects demonstrated a 28% improvement in memory tests when taking curcumin twice daily.*

Curcumin, the active ingredient in turmeric, is known for its free-radical fighting properties and ability to support a healthy inflammatory response.* It may help with memory retention by increasing brain-derived neurotrophic factor (BDNF), which is a protein that promotes brain cell production.* Curcumin also supports healthy blood flow and neurotransmitter formation, critical for memory and learning.*

It’s important to choose a curcumin supplement that offers increased bioavailability to ensure maximum effectiveness. For instance, Meriva® is a proprietary, clinically researched form of curcumin that’s better absorbed into the bloodstream. That will help you or your patients get the most out of this powerful nutrient.

The combination of a healthy lifestyle and supplements can help prevent improve memory and quality of life in people of all ages.*