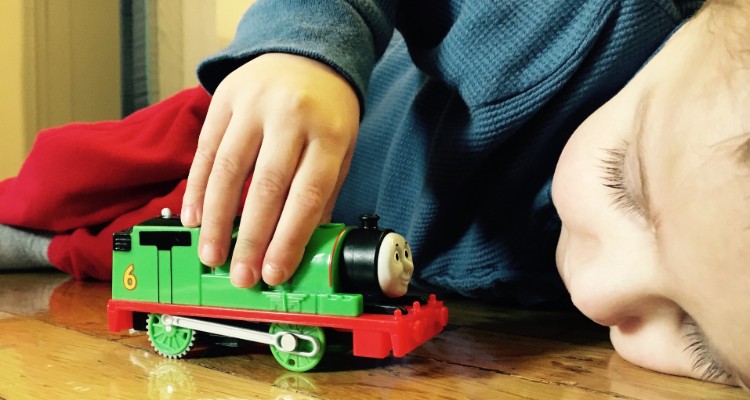 Many areas of autism spectrum disorder (ASD) are still widely misunderstood. However, great strides have been made in recent years, and doctors have much more information regarding childhood brain development and its relationship to autism.

While autism awareness has become more prevalent over the last decade, much of the research has focused on syndromic ASD, which accounts for approximately 25% of the diagnosed cases.1Syndromic autism, such as fragile X syndrome and tuberous sclerosis complex, has a genetic component that has allowed scientists to confirm the root cause of the disorder through targeted genetic tests. However, with 75% of ASD children falling into the non-syndromic autism category, scientists and clinicians are using the data learned from syndromic ASD to extrapolate relevant theories for what may be driving the brain development of the majority of diagnosed children.2

Chronic Inflammation and the Development of Non-Syndromic ASD

A prominent theory suggests that chronic inflammation in the brain may cause damage to neurons during the early years of development. The brain contains groups of cells, called microglial or astrocytes, and they function like neuron helper cells. They work by removing any debris or dead neurons from the nervous system by a process called pruning.

These cells are essential between the ages of 1.5 and 2.5 because, during this time, there is a significant amount of cellular and synaptic pruning that occurs naturally in the brain for proper development. Pruning can be considered a time when the brain is deciding which areas it needs to focus on with its resources. This is one of the reasons why it’s rare for children to have any real active memory earlier than the age of two.

GABA and Glutamate Imbalance in ASD

Autism is characterized by deficits in social communication and repetitive behaviors often associated with emotional withdrawal or emotional outbursts.4 Our brains have over 100 neurotransmitters involved in various aspects of our physical and psychological functioning, including our sleep, appetite, heart, and mood, while GABA and glutamate have opposing effects, where GABA is calming and glutamate is activating.

Normally, we are constantly balancing the activation and deactivation of various neurotransmitters. When it comes to children with ASD, however, there is a preponderance of excitatory glutamate over the GABA, so they tend to have more issues with self-stimulatory behaviors, anxiety, and temper tantrums.5 When people stereotype children with ASD as being withdrawn or unemotional, it may just be that they are experiencing an overwhelming sensation of stimuli due to the lack of brain pruning and an imbalance of glutamate in the brain.

The first few years of a child’s life are crucial to the proper development of the nervous system, as well as the brain. As mentioned previously, brain pruning and excessive inflammation can lead to a disruption in the appropriate formation of neuronal synapses that become the information highways of the brain.

A study looking into the early pathology of children with autism showed that during the first two years of a child’s life, there is an atypical overgrowth of the brain in the cerebral, cerebellar, and limbic parts. In particular, an enlarged amygdala—a part of the limbic system in the brain responsible for emotional processing—is associated with an increase in emotional responses and behavioral disorders. The overdevelopment of certain brain regions in ASD is followed by a premature slowing in brain development.6

The brain is an incredibly complex matrix of chemical and electrical signaling. The neurobiological and genetic components involved in facilitating the development of autism are still being researched, as the majority of children with ASD have the non-syndromic, multifactorial form. For parents and clinicians alike, early intervention is key to improving the wellbeing of the child as they grow.

Chronic inflammation of the nervous system and its impact on microglial “housekeeper” cells – which reduce necessary brain pruning at an early age and results in excessive synapse connections– structural overgrowth of brain regions like the amygdala, and an imbalance of GABA and glutamate neurotransmitters are all potential targets for researchers to study and gain a better understanding of how and why autism occurs. Parents can stay optimistic in knowing that researchers are addressing issues in early childhood brain development and interventions with the possibility of reducing the severity of ASD symptoms are on the horizon.

Armen Nikogosian, MD practices functional and integrative medicine in Henderson, Nevada.  He is Board Certified in Internal Medicine and a member of the Institute for Functional Medicine (IFM) and the Medical Academy of Pediatric Special Needs (MAPS).   His practice focuses on treatment of complex medical conditions with a special emphasis on Autism Spectrum Disorder in children and autoimmune conditions in adults.