How Stress Hormones Contribute to Migraines 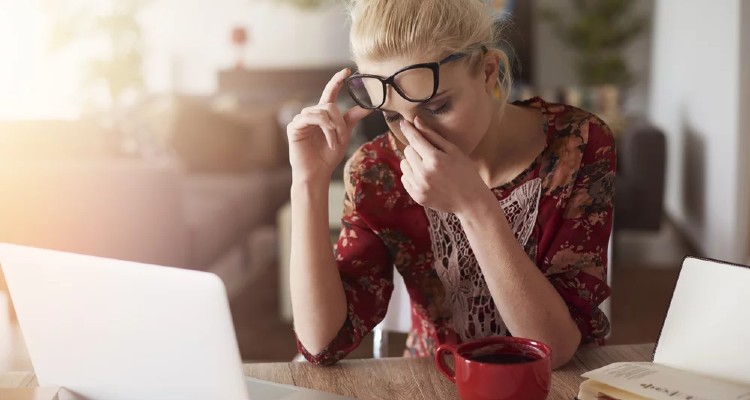 Many patients are not aware that stress hormones may be contributing to their painful migraines.

Patients experiencing chronic migraines often focus solely on pain relief, and miss the underlying issues that could be triggering these excruciating, neurovascular headaches in the first place.

Researchers are still studying the exact pathology of migraines. We do know that patients who present with symptoms of a migraine usually experience painful sensations that can be attributed to disturbances in their neurovascular and cardiovascular systems.

For example, it’s not uncommon for a patient to experience a degree of paralysis or numbness across portions of their upper body. Some patients even experience vision loss. These intense physical reactions can cause a person who suffers from migraines to live in fear and lead them to focus almost entirely on palliative and reactive treatments.

Although the exact neurological conditions that cause migraines are still unclear, we’ve come closer to understanding these afflictions through the context of the human body’s stress response. As recently as 2017, a team of Taiwanese doctors published compelling data mapping the relationship between the two. There are four popular theories as to how stress plays a role in triggering migraines. Knowing the high-level perspective of each will help you work with your patients to determine the right course of action.

Whenever your patient is in a stressed state –regardless of whether or not they feel stressed—they will have a systemic increase in blood pressure. Temporary hypertension should not be treated the same as chronic hypertension, though an existing condition could heighten the physical effects of stress. The constriction of vessels paired with increased blood pressure caused by hypertension has been found to be a trigger of migraine headaches.

Theories supporting the relationship between general anxiety and migraines are becoming increasingly popular.

While we can’t pinpoint which specific neurochemicals lead to a migraine, we do know there is some reaction occurring between adrenaline or epinephrine and serotonin. These two neurochemicals oppose each other. Adrenaline is a stimulant that prepares your body to fight or flight. Serotonin is a calming hormone. When paired with chronic anxiety, epinephrine and serotonin can create an imbalance which triggers a migraine.

A human body under stress rapidly releases large amounts of glucose. For example, if a tiger is chasing you, your body isn’t going to concern itself with keeping things balanced. It’s going to prepare you to either fight for your life or run away.

Our bodies use the additional glucose to mobilize muscles and increase cognitive function rapidly. However, the human body does not have an endless supply of glucose. This function evolved to be reactive and only used during extreme s; not to be triggered daily or weekly for years on end. Frequent rapid utilization of glucose will reduce its availability, and potentially cause a total loss of glycogen stores. The massive dip in available sugar can trigger a migraine, and this cycle can repeat as the body seeks to normalize itself.

When a patient’s stress begins to recede, the body wants to return to a healthy, homeostatic state. Achieving this is a lot easier said than done, especially when you factor in all the hormonal and nutritional imbalances that lead to a disproportionate stress response.

As the patient’s body attempts to compensate for whatever it burned off in response to stress, hormonal rebound can trigger an even more severe migraine.

The environments that we currently inhabit are vastly different from the ones we evolved in.

Your patients need to understand that at a physiological level, there is very little difference between fearing your boss (or loss of income) and fearing a wild animal. The human body is unable to contextualize situations in the same way as our mind. There are two approaches to helping a patient navigate their environment while avoiding choices that could trigger a migraine: dietary and lifestyle, and functional medicine.

The first treatment approach is self-directed management. It includes tactics like exercising regularly, meditation, cognitive behavioral therapy, relaxation or periods of vacation, finding a work-life balance, avoiding processed foods with excess processed sugar, and other methods to reduce the potential for stress in a patient’s life.

This path of guidance might be met with an eye-roll because everyone knows that these are beneficial behaviors. However, creating new habits can be difficult and aren’t always easy to maintain.

The second approach is through functional medicine. There are three stages of stress.

The first stage is the Alarm Stage, where adrenaline and cortisol are initially released into the patient’s system. The second stage is known as the Resistance Stage which involves elevated levels of cortisol and creates long periods of stimulation and heavy demand on the patient’s endocrine system. The third stage is the Exhaustion Stage. The patient may experience ‘adrenal fatigue’ as the body can no longer keep up with cortisol demands.

You can determine your patient’s stage by measuring their cortisol output. Understanding whether your patient is producing an acceptable amount of cortisol, under-producing, or over-producing, will help you decide which nutrients your patient needs to maintain a normal level.

When patients are not producing enough cortisol, we often see rapid spikes in glucocorticoid levels, which reflects a reactive supply and demand cycle that never allows the patient to find a balance. By administering a steady, low-dosage of cortisol, you can help your patient stabilize and avoid ‘stress spiking.’

While this may seem counter-intuitive, remember that the human body will hoard cortisol while levels are low, and will use it as soon as that threshold has been reached. It’s a trained response that can only be managed by controlling the cortisol levels. When you are treating a patient who is producing too much cortisol, a popular therapy is to use adaptogenic substances to slow the rate of cortisol production.

The goal of any cortisol treatment is to normalize the curve that naturally occurs during a patient’s day. When they wake up, there should be a sufficient amount of cortisol ready to be steadily released throughout the day with levels beginning to dip at night. Patients experiencing stress-induced hormones may be suffering from an inverse curve; they start low and end high. A cortisol level flip can lead to problems with insomnia, late-night anxiety attacks, and binge eating. Issues occur because their body is trying to cope with cortisol depletion.

As we look deeper into the four theories above, we gain a much better understanding of how stress hormones contribute to migraines. By assisting your patients to manage their hormone levels properly, you can help them avoid the various migraine triggers associated with these imbalances. It’s not a simple process. Your strategy should include repeated testing to confirm that you are driving their levels in the right direction.