Are Mushrooms Beneficial To Your Health? 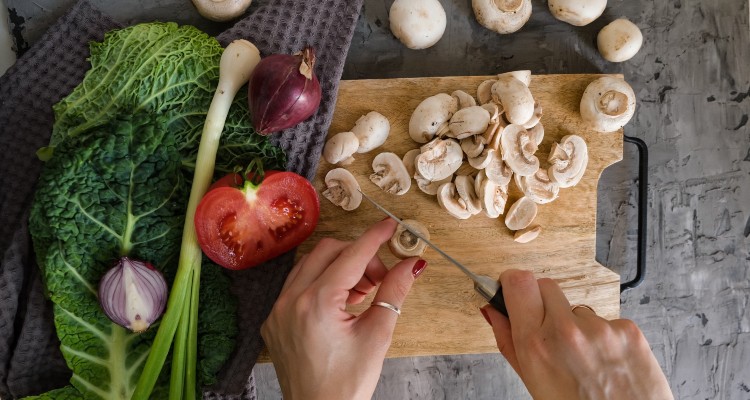 For centuries, Chinese, Egyptian and other cultures seriously interested in health (and the preservation of human health over time) have made use of mushrooms’ many benefits.*

Today, we don’t have to simply trust anecdotal evidence about their effectiveness. Instead we have volumes of scientific research on the topic. Scientists have examined a variety of mushrooms for their positive health effects.*

Some research has shown that mushrooms can support the immune system, lending credibility to the idea that they have the power to keep people healthy.*

Specifically, there are seven mushrooms that are known to have biologically active glucans, which help regulate your body’s natural defense system.* This regulation provides a natural immune enhancer and modulator to help your immune system detect and fight against harmful antigens—without attacking normal cells within the body.* Let’s review the seven:

Cordyceps sinesis is a fungus that grows on insects. Preclinical studies suggest that it increases the number of T cells; therefore, it is often recommended for immune support.* Other studies show that cordyceps can also support cardiovascular and respiratory health.* It is often found in supplements as part of a blend or on its own.

The agaricus mushroom originated in Brazil. It has two main applicable parts: the mycelia and fruiting body. The mushroom is now also produced in China and Japan, where it is used medicinally and consumed as food. (Extracts of the fruit bodies are approved food additives in Japan). Agaricus is used for its various immune capabilities and digestive support.*

The agaricus mushroom is also used as an immunostimulant; the dehydrated mushroom contains proteins, carbohydrates, fibers, lipids, B vitamins and ergosterol, a precursor to vitamin D and potassium.* Some preliminary in vitro and animal research suggests it might stimulate the production of cytokines and the monocyte production of interleukin-12, which  help in supporting immune activity.*

Trametes versicolor is commonly known as the coriolus mushroom. Taken orally, coriolus is used for stimulating the immune system.* The mushroom is a source of polysaccharide peptide (PSP), which can improve immune function by increasing white cells, natural killer cells and antibodies.*

Poria mushrooms have been traditionally used for helping support a healthy gastrointestinal tract.* It may also inhibit leukotriene B4, an action that could be useful for helping support skin health.* Other studies may suggest that poria extracts have immunosuppressive effects, and isolated triterpene constituents point to evidence for immune system support.*

Maitake mushrooms have been used in traditional Japanese herbology for hundreds of years due to their high nutritional profile. They have been shown to enhance the immune system, help the body cope with stress and normalize body functions.* Maitake is also rich in beta-glucans. These mushrooms have been used for helping patients with a compromised immune system, and those in need of cardiovascular support.*

Chaga (inonotus obliquus) is a mushroom that has been traditionally used in Northern Europe for many generations. More recently, this mushroom has been in the spotlight in health news and popular media. Chaga mushrooms grow on Birch and similar trees in cold climates; the active constituents are thought to be a combination of triterpenes and polysaccharides. Studies indicate that Chaga can have immune stimulating properties.*

The shiitake mushroom is used for boosting the immune system and for supporting a healthy cardiovascular system.* They have also been used as a healthy aging agent, and they contain very low concentrations of lentinan, which is known to have positive immune system effects.*

With these seven known beneficial mushrooms, your health and immune function has a serious support system.* Want to learn more about maitake supplements and how they can support your healthy lifestyle?* Click here.