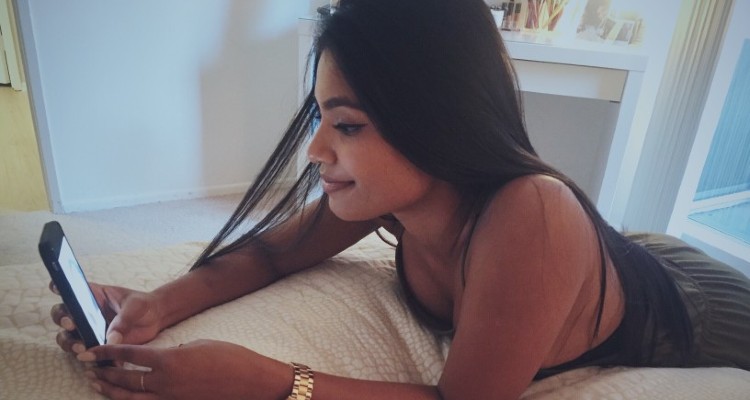 As a result of the restrictions put in place throughout the world, many find themselves isolating, quarantined and, in many cases, working from home. Because we are unable to spend time socializing with friends, visiting family members- locally and across state lines- and even going out for a night on the town, we are all finding ourselves spending more and more time online, on video conferences, on our phones gaming or communicating with friends/family. This isn’t just an assumption, over the past two months many technology based companies have seen explosive growth in their usage and online traffic.

Bloomberg Markets reported that since the the beginning of March one contactless payment company has seen a ten-fold increase in contactless payments made using apps like Apple Pay, Android Pay and Samsung Pay, as well as online payments.

And as an alternative to venturing out to their favorite essential business for food or supplies, many opt for delivery services. In fact, the demand for online delivery surged more than 30% the first week government officials started telling people to stay home, and then it increased 82% the following week.

In terms of gaming, Verizon reported a 75% increase in video game traffic and T-Mobile reported a 45% increase. On April 7, The New York Times reported that use of the group video chat Houseparty is up 79% since early March. Zoom usage has skyrocketed from an estimated 10 million daily meeting participants (back in December) to 300 million this month. Rivals like Microsoft Teams and Google Meet appear to be catching up to Zoom as well. Microsoft also recorded 200 million meeting participants in a single day this month. These numbers have only increased as time has passed.

All of this additional device usage adds up to an increase of exposure to blue light through our mobile devices, and LED emitting devices including laptops and smart TV’s. The bright white-light LEDs, which backlight the displays in smartphones, tablets, and laptop computers, produce the greatest amount of blue light. This increased exposure potentially has a two-fold negative impact on our health.

First, blue light, a high energy light, has the capability to penetrate the protective outer layer of the cornea and reach the delicate tissue of the retina. This is important because this type of continual exposure and subsequent damage may result in symptoms that are consistent with macular degeneration.

Second, when blue light penetrates deep into the eye, it can alter circadian rhythm as well as suppressing the production of melatonin in the brain. Put simply: it can disrupt sleep patterns. And because sleep has such a far physiologic reach within our bodies and can impact so many systems, including but not limited to the brain, metabolism, cardiovascular system and, perhaps more important now than ever, the immune system.

And because people, even young kids, are using blue light emitting devices so prevalently (and even more now), the need to offset this exposure with protective antioxidants is important both for long term eye health and the ability to achieve a restful night sleep.*

So what are the specific nutrients that achieve this? The most well documented ones are lutein and zeaxanthin. With a balanced diet, rich with an abundance of dark green leafy vegetables, cruciferous vegetables, green peas, carrots and asparagus, one gets a substantial amount of lutein and zeaxathin. However, with most people falling prey to the Standard American Diet, the amount of these key foods needed to offset the oxidative stress caused by blue light is often not consumed. In those cases, supplementation is recommended.

Perhaps the most well known of the dietary supplements and the one with research specific to blue light protection is Lutemax 2020. This Award-winning, globally-recognized ingredient is a naturally derived marigold extract providing all three macular carotenoids—lutein and enhanced levels of both zeaxanthin isomers (RR-and RS [meso]-zeaxanthin)—at the same 5:1 ratio as found in diet to optimally support eye health.* The landmark blue light study, conducted in 2017, demonstrated that this ingredient had a profound effect on blue light exposure and the physical manifestations of screen time.* The conclusion of the study clearly stated that Lutemax 2020 helped support healthy levels of macular pigment ocular density, which correlates directly with all other visual performance measures including eye strain, eye fatigue, sleep disruption and headache frequency.*1

So as we navigate these very different times and continue to rely on our smart devices for work, enjoyment, shopping and to connect with our loved ones, lets also ensure that we are doing everything we can with diet and supplementation to protect ourselves from the potentially damaging effects of increased blue light exposure.*