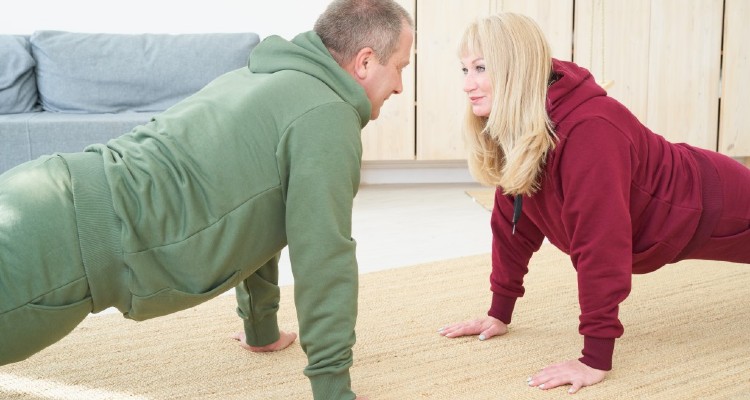 To most Americans, the word “aging” connotes weakness and general decline. It’s a natural process that’s feared, and people spend shocking amounts of time and money trying to deny and delay it.

But aging shouldn’t be vilified —many cultures across the globe associate aging with respect, wisdom, freedom, and grace. However, in the United States and other Western societies, this perspective has completely changed to one of burdening complications—a viewpoint especially relevant to the term “anti-aging,” a qualifier much more common than “healthy” or “graceful” aging, for example.

Along with nutritious foods, exercise, and self-care, several supplements also encourage and support healthy aging.* While these solutions may help ensure a more graceful aging process, it’s important to understand the main drivers of age-related complications.

Free radicals are unstable oxygen atoms that seek to stabilize by combining, and they damage DNA and cells along the way. This process begins another— oxidative stress—which can damage the body’s cells and contribute to a range of age-related signsand discomforts.

The free radical theory of aging is debatable, but researchers have narrowed in on the importance of mitochondrial function to overall health. Mitochondria are the tiny organelles that process nutrients and power cells. Studies suggest that free radicals produced in the mitochondria seem to accelerate cell damage by causing mutations and generating more free radicals.[1]

But external factors can also impact free radicals in the body. Environmental and lifestyle causes of excessive free radical damage include air pollution, smoking, contaminants in drinking water, and a diet high in processed and fried foods, alcohol, and refined sugar, among others.

Resulting in part from the above-mentioned causes of oxidative stress, physical limitations can also be seen with age. These include a lower range of motion in joints, ligaments, tendons, cartilage, physical limitations, plaquing, and loss of myelination in the brain. Reduced bone density in women may also occur, and their muscles may be more prone to atrophy.

The good news? You are not left powerless to endure a difficult aging process. When the body is in a state of homeostasis, the aging processes (cognitive function, menopause, etc.) can go smoothly and with little discomfort. Placing an emphasis on diet, exercise and supplementation, can help you optimize your chances of aging gracefully.

A clean diet rich in whole foods, a variety of plants, adequate protein, and healthy fats is key for supporting healthy aging. Omitting or limiting processed and packaged foods, seed oils (like canola), refined sugar, and excess alcohol—along with at least 150 minutes per week of moderate exercise—can go a long way in helping you age well.[2]

Nutritional supplements paired with a healthy diet and exercise can fill nutritional gaps and further support graceful aging.* The following six supplements are widely used by doctors for vitality and optimal health.*

Antioxidants fight free radical damage and are commonly found in brightly colored fruits and vegetables, like berries. Glutathione is considered the master free radical fighter, and can be supported by the lactobacillus fermentum ME-3 strain of probiotic.* Supplementing directly with glutathione is tricky, as it can be largely degraded during processing, but taking ME-3 can support immune health, a healthy inflammatory response, and detoxification.[3]*

Other important antioxidants include vitamins A, E, and C. Dimethylglycine (DMG) is a nutrient that supports liver metabolism and function, providing free radical protection as part of the body’s oxidation defense system.*

The sunshine vitamin plays a major role in inflammatory processes, immune function, and bone formation and mineralization.* Deficiency is common and can contribute to impaired calcium deposition and related health concerns.[5]

Another well-known antioxidant, vitamin C, is a cofactor for the enzymes that make collagen, which is essential for healthy skin, teeth, bones, blood vessels, ligaments, and tendons.*

Vitamin C is also involved in unconscious body functions due to its role in the autonomic nervous system and norepinephrine production. Deficiency might lead to feelings of lethargy, fatigue, and memory problems.* When going through periods of high stress, extra vitamin C can be extremely helpful.*

RELATED CONTENT: HOW DMG PROTECTS THE BODY AGAINST FREE RADICALS

Research shows that gastrointestinal structure and function can decline with age, and probiotics should be a first line of defense. Health-promoting gut bacteria help to maintain the integrity of the intestinal tract, which is necessary for nutrient absorption and healthy aging.[6]* A balanced gut microbiome also supports mood and is crucial for immune function.*

This mineral is a cofactor in over 300 enzymatic reactions, including muscle contractility, sleep, and multiple aspects of neurological health. Magnesium deficiency is also associated with accelerated death of fibroblasts and endothelial cells, which can be an underlying factor of early aging.[7]*

Aging is a normal and natural process that should be embraced and supported instead of feared and rejected. While new health challenges can present themselves over time, a balanced diet, regular exercise routine, and a well-laid supplement protocol can set the stage for aging gracefully with vitality, health, and happiness.*