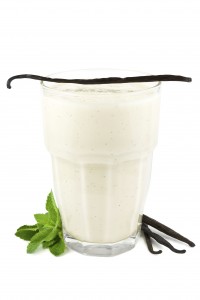 This week, National Public Radio (NPR) aired a segment on a new study that used milkshakes to see if our psychological reaction to nutrition labels affect hormone levels and metabolism after eating. Dr. Alia Crum, Adjunct Professor of Management and Postdoctoral Scholar at Columbia Business School conducted the study using two vastly different nutrition labels on two separate groups people drinking milkshakes that were made from the same batch. What she found was that reading the information on nutrition labels before eating may be linked to the hormone levels that determine how much we eat and how quickly we burn calories after eating.

After studying the placebo effect for years, Dr. Crum began to wonder if food labels had the same effect as sugar pills. "Labels are not just labels; they evoke a set of beliefs," she told NPR. She wanted to prove this with an experiment using milkshakes. The design was very basic: She made one large batch of French vanilla milkshakes, which was divided into two smaller batches, one labeled high in fat and calories, and the other labeled with zero fat and fewer calories.

The zero-fat batch was called "Sensishake," and it was served in a bottle with a label that claimed the shake had only 140 calories and no added sugars. The other batch was called "Indulgence," with a whopping 620 calories. The entire batch actually contained 300 calories per serving. The determining factor in this experiment would be ruled by measuring ghrelin levels before and after drinking the shakes.

Also known as the "hunger hormone" in the medical profession, ghrelin is secreted when the stomach is empty, and its job is to send signals to the brain when it's time to eat. According to Dr. Crum, this hormone also slows down metabolism, as if the body were in starvation mode--helping the body conserve fat just in case there's no food available.

After a large meal, the ghrelin levels drop, leaving you feeling satiated. This also helps speed up the metabolism to burn the calories that were consumed during the meal. Because the levels don't drop as much after eating smaller meals, you may feel less satisfied. While scientists have believed that it is merely the size of the meal that determines our hunger levels, Dr. Crum found that it is more complicated than that. 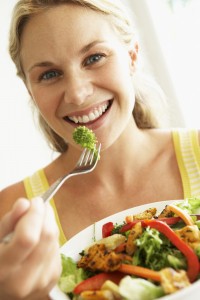 The group that drank the high-calorie shake responded as if they had consumed a lot more than 300 calories, which was the actual caloric content in the shake. In fact, the Indulgent group's ghrelin levels "dropped about three times more" than the low-calorie shake. While Dr. Crum says that this doesn't necessarily mean that our psychological beliefs about a meal control how we burn calories or how much we eat or overeat, she does believe that the traditional thinking about caloric intake and fat burning may need some adjustments. Her experiment definitely proves that our beliefs about food do matter, although she admits that more studies need to be conducted.

There are other certainly other factors that affect ghrelin levels, such as how much natural light and sleep we get, but this new study may begin to change the way we think about managing weight and appetite control. It will be interesting to see where these experiments take us in the mind over matter approach to health.

What do you think of Dr. Crum's study and her results? Share your thoughts with us on Facebook.