Beyond Aspartame: Talk to Your Patients About Energy Drinks 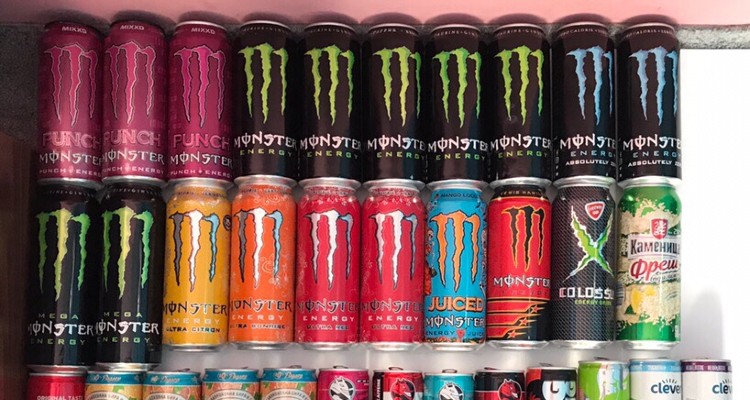 Remember when aspartame was the only supposedly sketchy item in your sweet drink? Remember when your patients got their energy from an early start and a small cup of tea?

Those were the good old days.

Then came a high demand for productivity and a huge rise in numbers of college students. Following close behind: five-hour solutions, the “No Crash!” claims, the vitamins-mixed-with-sugar(y?)-liquid revolution—and the hospital visits.

That’s right, hospital visits. Those got involved when energy drinks became fully stocked in the convenience stores, fully integrated into the American diet, fully marketed by growing companies and fully full of all sorts of excess, including caffeine levels that would make your skin crawl. (300 milligrams?)

Because there is no correlative evidence about energy drinks and emergency rooms, we’ll skip those numbers. Today, three lawmakers are currently demanding that 14 marketers of energy drinks spill the beans on their research, and the FDA has begun examining the possible correlation. Still, researchers insist “there is little scientific evidence that the drinks provide anything more than a high dose of caffeine similar to that in a strong cup of coffee.”  (The New York Times)

Even though there’s no clarity about the actual safety of energy drinks, the public battle isn’t about that. (Though the personal one might be.) It’s about marketing a known addictive drug to children and teenagers.

We can’t yet prove that energy drinks either do or do not cause emergency room visits due to their contents’ safety for a hundred reasons: sufferers have other pre-existing conditions, some companies don’t list caffeine content or source and the label regulations don’t exist to require so, people can buy and drink whatever they choose, and cases are underreported. (I myself had an emergency room visit I believed to be caused by ingestion of a popular energy drink with large amounts of caffeine, but the final medical report didn’t include my mention of this fact, so it wouldn’t have ended up in any FDA database.)

Despite the lack of proof that energy drinks are unsafe, there has to be a general solution to this issue, at least for your adult patients. Even without the hard data, we do know that caffeine is a drug, and any drug in high doses is a dangerous one. Drinking three 300-milligram doses in one day almost certainly could cause unwanted symptoms in some people.

Talking to your patients about energy drinks is important. Let them know that caffeine is indeed a drug, and one that appears beneficial in small doses. Let them know that a little is OK, but that labels are important and knowing what they are ingesting is important. If a drink did put your patient in an emergency state, the attending doctor would want to know about it. And if you patient didn’t recognize the potential risk because he or she does not believe caffeine is a drug or that guarana has any real effect, he or she might stay mum. Don’t let that happen.

Providing other options for energy support will be important. Discuss vitamin B complexes and supplements like Spectra Oranges, which has much less caffeine but plenty of citrus-y fruit extracts.*

This conversation is easy to start because energy drinks are a hot topic. Most people will likely feel comfortable discussing this approved habit, but only if you bring it up! Why wait?

Have you had a conversation with your patients about energy drinks? Are you a patient yourself, who has an experience you want to share? Reach out on our Facebook page!