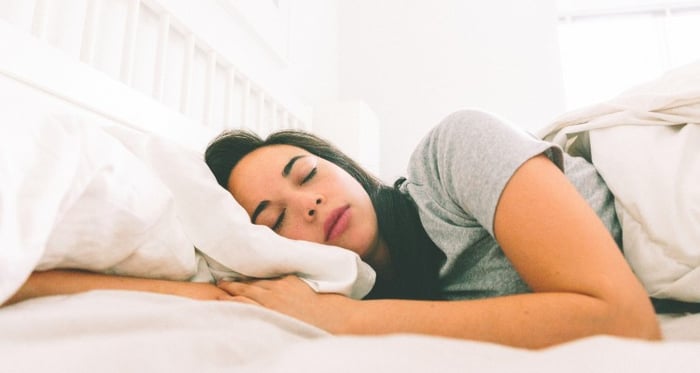 There are many unquestionable wonders in modern medicine, but prevention is not one of its strong suits. Because adrenal fatigue has been a somewhat new phenomenon in recent years, there is a hot debate going on between integrative and conventional medical communities: Is adrenal fatigue real?

The short answer is: yes.

While adrenal fatigue exists on a spectrum and can manifest in different symptoms depending on the individual, the reality is that modern-day society creates an environment of high and chronic stress that did not exist before – and this profoundly impacts adrenal gland function.

If the adrenal glands are overextended for long periods due to stress – that is, anything that engages cortisol production –  the output of cortisol and other stress hormones can decrease, leading to adrenal fatigue. While the term adrenal fatigue itself may still be up for debate in the conventional medical world, we understand the health implications of stress as a significant contributor to illness quite well.

What Is the Adrenal Gland?

It’s necessary to start with a solid understanding of precisely what the adrenal glands are and how they function. The adrenal glands are one to two centimeters wide and sit just above the kidneys. They can be thought of as your first responders to stress, and they are the body’s only source of epinephrine, mineralocorticoids, and steroids.

Two parts make up these glands: the inner medulla, which is connected to the brain and nervous system, and the outer cortex, which deals with chronic stress and the regulation of metabolism, inflammation, and blood pressure via sodium balance.

When a stressful event happens – whether it's running from a tiger or navigating your way through traffic – the body’s natural fight-or-flight response kicks into gear. This response is mediated by the adrenal glands, which are perfectly designed to deal with acute stress; however, ongoing, low-grade stress that becomes constant can lead to adrenal fatigue.

It’s important to realize that stress is not inherently “bad,” but natural and necessary. Stressors can be positive and happy life events, such as the birth of a baby or a wedding. They can include any of our reactions throughout the day – big and small – that induce a stress response. Each person reacts differently to the same stressors, so what might elicit an intense stress response and cortisol release in one person might barely phase another. In many instances, stress is a matter of perspective.

What Is Adrenal Fatigue?

However, it should be noted that the National Endocrinology Society, American Medical Association, and World Endocrine Society do not recognize adrenal fatigue as an actual disease or condition. Conventional medical schools teach treatment-based approaches, and adrenal fatigue lends itself to a prevention-based strategy focused on the recognition of signs and symptoms early on in the process. With adrenal fatigue, there is typically nothing wrong with the glands themselves; they are just running on empty.

It’s commonly accepted that adrenal insufficiency is a disease process, similar to pheochromocytoma, where an adrenal tumor dysregulates the secretion of epinephrine and norepinephrine. These processes have to do with structural problems with the adrenal glands themselves and are not related to the concept of adrenal fatigue.

Instead, adrenal fatigue refers to the increased demand placed on the adrenals and the adrenals not being able to meet this demand. In many cases, cortisol levels first become elevated during periods of high stress, and people might feel productive and experience high energy (despite getting little sleep) and an overall “tired-but-wired” sensation. This is followed by the adrenals tiring and releasing less cortisol, leading to symptoms of adrenal fatigue.

There is no definitive test for adrenal fatigue since degrees and symptoms can vary. However, many functional medicine and integrative practitioners offer saliva cortisol panels that take a snapshot of cortisol levels over the course of the day, which can provide a helpful glimpse at the health of your adrenal glands.

Related Article: HOW DOES STRESS AFFECT WEIGHT AND METABOLISM

A mid- to late-afternoon energy crash is one sign that your adrenals might need extra support. Symptoms can vary from person to person, but other signs might include nervousness, chronically feeling tired, digestive issues, body aches, weight loss, hair loss, loss of appetite, low mood, nausea, and vomiting.

Unfortunately, many people with adrenal fatigue are diagnosed by their doctor with low mood, anxiousness, insomnia, and other symptoms that stem from the adrenals.

Adrenal fatigue is a real result of chronic stress in an abnormally fast-paced world, and it is becoming increasingly common. The good news is that integrative doctors are well-versed in recognizing the signs. Diet and lifestyle changes, along with targeted supplementation, can transform your energy levels and overall health, allowing you to be well tomorrow by being well today.