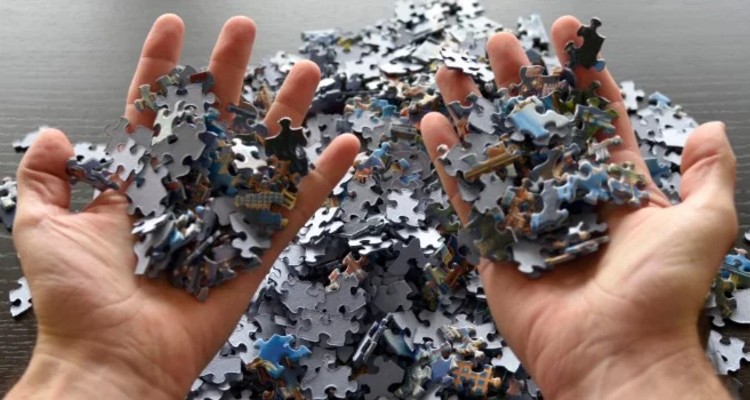 Someone with poor neurocognitive health may experience an inability to remember things, difficulty learning, and understanding, or more complex symptoms such as a catastrophic disassociation from reality. We tend to think of neurocognitive health issues as only occurring in individuals who are advancing in age, but they can impact people of all ages—even children.

The underlying causes including trauma (concussions and infections) and degeneration are well documented. However, many don’t realize that substandard overall health can put people at a much higher risk for poor neurocognitive health.

Being proactive can help you manage these symptoms later on.

Nutrition impacts our brain health and cognition more than we once believed. Nutrients found in food work synergistically as cofactors within our body and its pathways. A good example of this is vitamin D and how it relates to bone health.* In general, most people get plenty of calcium through their typical diet, but if the body isn’t metabolizing vitamin D into D3, then calcium, even when levels are plentiful, won’t get distributed fully throughout the body.

Nutrients and compounds that play critical roles in human cognitive health include:

Studies have shown that with sufficient levels of vitamin E, especially in conjunction with vitamin C and carotenoids, cognitive health is supported significantly.* Furthermore, low folate levels and higher homocysteine levels are associated with increased risk for cognitive decline.*

Patients and practitioners who want to prevent neurocognitive challenges should start by making sure nutrient levels and nutrient absorption are fully optimized.

Other Deficiencies That Contribute to Poor Neurocognitive Healt

Iodine deficiency is one of the biggest nutritional deficiency diseases in the world today. Iodine has massive influence over thyroid health and immunity.* In addition, maternal iodine deficiency puts millions of children at risk each year. Iodine deficiency is the leading cause of preventable intellectual challenges.* Because of this, sustainable elimination of iodine deficiency was the principal goal at the 1990 World Summit for Children. In the United States, the addition of iodine to salt nearly eliminated all concerns, but changes in salt use has caused the risk to steadily increase in recent years.

The thyroid gland needs iodine to convert iodide into thyroxine and triiodothyronine, which is partially responsible for organ growth, and in particular, brain growth.* It plays a significant role in with neuroreceptors as well, acting as a cleaning agent. Essentially, iodine helps the cells in the human body communicate with one another.*

Unfortunately, iodine has slowly disappeared from our daily diet. Bread used to be fortified with iodine, but commercial bakers use bromide (a fire retardant and preservative) instead. We need iodine in our systems, but it’s been replaced with bromide, fluoride, and chloride. Connections to sufficient iodine intake and diet are easily found. In Japan, where iodine-rich foods like kelp and seaweed are dietary mainstays, individuals' immune systems tend to be stronger.* Less developed nations in Asia and Africa, where standard diets include fewer processed foods, also show a better health outcomes than North America and Europe, where diets typically include higher amounts of processed foods.

You may have noticed that many of the elements above play major roles in detox pathways. Vitamins B, C, and E have free-radical fighting properties and help stop damage caused by amyloid-beta peptides and oxidative stress.* They may also aid in reducing the extraneuronal plaque associated with neurocognitive decline.*

A healthy gut microbiome helps to detoxify our bodies of environmental contaminants. It also produces hormones such as serotonin, which has a massive impact on neurocognition. So, getting the gut working in harmony with the rest of the body is a top priority as a natural strategy for promoting neurocognitive health.

Along with gut health, ADK and DIM supplements might help optimize the detox pathways for some.* ADK works as detox support, and DIM can help regulate excess hormones.* But many of these benefits can be achieved through a healthy diet that promotes cleaner living. It will give the body more of the nutrients that it needs to help support neurocognitive health and combat the number of pollutants the body has to work so hard to get rid of.*

Eating healthy is a necessity, but another issue that can wreak havoc on your mental acuity is poor sleep. When you aren’t getting enough good sleep, the regenerative paths of your brain don’t take place. This has a compounding effect; more damage and more deposits are piled on, becoming harder to repair. When this happens, cell-to-cell communication suffers. This is especially true when insufficient rest is ongoing.

Stress-related sleep issues are commonplace, so it’s important to find ways to manage stress levels. Is it blowing off steam and excess energy through exercise or taking a few moments each day to practice mindfulness that calm your nerves? Finding a method to manage stress that works will increase your chances of restful sleep.

Strategies for neurocognitive prevention can be boiled down to nutrient and mineral deficiencies, gut health, the body’s daily detoxification abilities, and rest. A good functional medicine practitioner will create an actionable cognitive health plan by first determining where any deficiencies lie. Then, they’ll help correct them through dietary changes, high-quality supplements, balancing the gut microbiome, and suggesting lifestyle changes that will help manage stress and improve rest.*