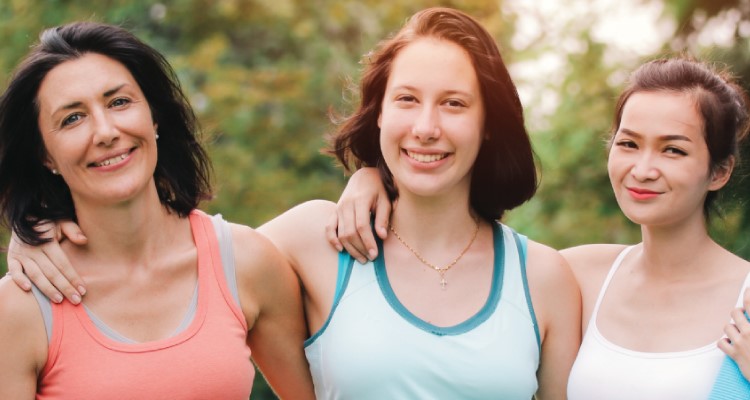 June is National Brain Awareness Month, an excellent time to look at the current state of age-related cognitive decline. The costs are staggering. In 2020, it is estimated that they will cost the nation $305 billion, rising to as high as $1.1 trillion by 2050. And that's not counting the work of the 16 million Americans who are unpaid caregivers.

Despite the human and financial costs of age-related cognitive decline, awareness and prevention are still the best approaches.

The brain changes that happen in failing cognitive function probably begin years—possibly 20 years or longer--before symptoms such as memory changes become apparent. Because it occurs so slowly, it's possible that being aware of your risk and being alert to the earliest signs can help manage the changes as they happen. Making dietary and lifestyle changes can help.

One thing we know is that having a genetic variant of the apolipoprotein E (APOE) gene does increase your risk. The APOE gene makes a protein that helps carry cholesterol in the bloodstream. It comes in several different forms or alleles. One variant, known as APOE4, increases your risk of age-related cognitive decline. Approximately 25 to 30 percent of the population in the U.S. has this variant. It's important to note that while APOE4 is a risk factor gene, having it doesn't necessarily mean you'll develop age-related cognitive decline later in life—and having a different variant doesn't protect you. However, the allele is considered an independent risk factor. So are other signs of overall poor health, which combined with the APOE4 variant nearly triple your risk of developing failing cognitive function. You can't do anything about having the allele, but you can certainly make healthy dietary and lifestyle changes.

Your brain contains about 100 billion neurons, forming approximately 100 trillion connections, known as synapses, with each other. The synapses from the brain's circuits, the mechanism for memory, thought, emotions, sensations, and movement.

The hallmark of failing cognitive function is the disruption of the brain's circuits by accumulations of proteins both inside and outside the neurons. Beta-amyloid plaques build up outside neurons, an abnormal form of the protein tau build up inside the neurons. Both proteins cause the characteristic brain changes of age-related cognitive decline by gradually harming neurons.

The Amyloid Benefits™ supplement is designed to help reduce the formation of damaging amyloid plaques and tau tangles in the brain.* Amyloid Benefits™ contains curcumin, a natural chemical found in turmeric root that plays a vital role in down-regulating tau and beta-amyloid production.* Research suggests that curcumin can help normalize plasma beta-amyloid concentrations and can bind to tau proteins, prevent them from forming clumps and tangles, and even help break them down.*

A healthy lifestyle as you age protects both your body and your brain. Poor diet, smoking, drinking alcohol, being overweight, and being out of shape are all independent risk factors for age-related cognitive decline; in combination, they raise your risk even more. One reason is that these risk factors can cause reduced blood circulation to the brain—is a significant underlying cause of cognitive decline. In addition to making the needed dietary and lifestyle changes, brain health can be promoted with the Brain Benefits™ supplement.* Brain Benefits™ gives your brain added omega-3 fatty acids in the form of EPA and DHA, the forms that are most helpful for preserving cognitive function.* Recent research has shown that omega-3 fatty acids have anti-amyloid and anti-tau actions in the brains of animals, which promote a healthy inflammatory response.* They can also help increase blood flow in regions of the brain important for learning and memory, healthy mood and cognitive function.*

Brain health is closely linked to gut health. What ties them together? Cognitive function is directly affected by the inflammatory response in the brain, which originates from an imbalance of the gut bacteria.

In a 2016 study, 60 older adults with significant loss of cognitive function had a blood test called highly sensitive c-reactive protein (hs-CRP), a powerful marker of inflammatory immune response. They were divided into two groups: 30 ate their normal diet plus a drink that contained probiotics (beneficial bacteria). The other 30 had their normal diet plus a placebo drink that tasted the same but didn't include any probiotics. After 12 weeks, their blood was tested again. The placebo group showed no change or an increase in hs-CRP, but the probiotics group all showed a significant drop (average 18 percent) in the marker. They also showed improvement on cognition tests; scores for the placebo group declined.

This study is one of many showing the brain benefits of probiotics.* DaVinci's Mega Probiotic ND 50™ supplement delivers multiple strains of good bacteria, along with prebiotics (fiber that acts like fertilizer for the bacteria). Mega Probiotic™ can help promote a healthy balance in the gut and throughout the body.* It's an essential tool for supporting a healthy brain.*

To support cognition and brain health, I've found that Amyloid Benefits™ and Mega Probiotics™, in combination with Cortisol Benefits™, are very beneficial for my patients.*