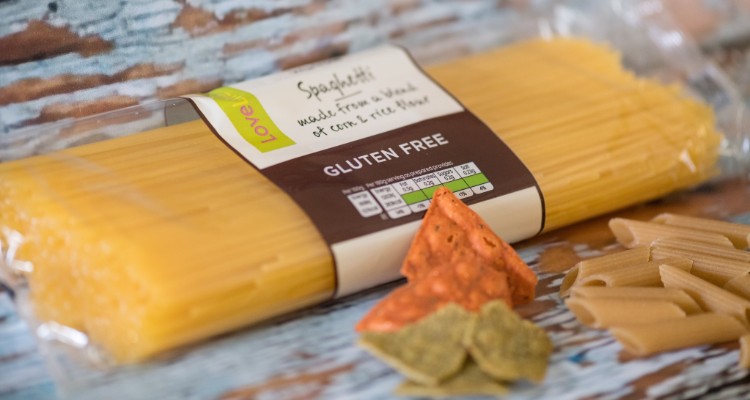 With gluten-free diets in the limelight, celiac disease and gluten intolerance, and gluten sensitivity have morphed to mean one and the same. But the differences are vast, and it’s important to know which one you’re suffering from to properly avoid their effects.

Over the past 30 years, celiac disease has evolved from inflicting 1 in 10,000 people to becoming a common ailment. Today, 1 in 3 American adults are avoiding gluten in their diets.

The trend of gluten-free diets has caught on like wildfire by those suffering from celiac disease, as well as those simply seeking a healthier lifestyle. Yet the fact remains that celiac disease and gluten sensitivity aren’t the same things, and it’s important to know the distinct differences between them.

Through exploring the broad spectrum of celiac disease and gluten sensitivity, a host of disorders can crop up. Celiac disease, an autoimmune condition with consequences that run from physical ailments to neurological issues, is the big one.

Non-celiac gluten sensitivity exists when a person is sensitive to gluten but doesn’t have the markers of celiac disease. At the far end of the spectrum, you will find those suffering from wheat allergies and wheat sensitivities. In this case, the biggest issue is that gluten and wheat have been used interchangeably, though they are not the same.

Gluten is the gluey substance in certain grains that enables them to expand and rise when baked. It is very common for people to assume that they are gluten sensitive when their only exposure to gluten has been wheat, a gluten-rich grain.

When considering the variety of grains that are available, we are exposed to a wide variety that all range in gluten content. Wheat sits at the high-gluten end of the spectrum, followed by the wheat family of grains: spelt (dinkel wheat), emmer, einkorn, and kamut. Next to these, you have rye and barley, which both have a very different makeup than wheat. Non-glutenous grains, like quinoa, amaranth, rice, and teff, complete the spectrum.

A large issue is that those who feel they may be gluten sensitive are not being properly tested. A way to determine if gluten sensitivity exists is to cut gluten completely from your diet and then re-incorporate grains that are glutenous but far away from wheat on the spectrum, like barley.

The barley is the deciding factor. A person who has no issue with barley is not gluten sensitive. In this case, they would be reactive, or possibly even allergic, to wheat.

A gluten sensitivity won’t appear in blood work or on a biopsy unless a person has been actively eating a large amount of gluten on a daily basis for a couple of weeks beforehand. Therefore, a person who has cut gluten from their diet under the perception that they may be gluten sensitive will not actually test positive for gluten sensitivity.

Causes of Gluten and Wheat Sensitivity

As we are only beginning to explore the potential causes for gluten intolerance, sensitivity, and wheat allergy any theories that we come up with are speculation at this point.

One common theory lies in the way we’re growing our grains and the chemicals we’re putting on them. These chemicals could be a source of the immune reactions that a lot of people are seeing today.

Hygiene hypothesis is also a prevalent theory in today’s world. We have learned that children who have been exposed to farm animals and pets have lower rates of allergies and asthma. By priming the immune system through its exposure to allergens, it can learn the difference between what is dangerous and what isn’t.

Related Topic | SIBO Diet: What to Eat & What to Avoid

Fundamentally, there is a far smaller percentage of people with celiac disease than there are with non-celiac gluten sensitivities.

Celiac disease is an immunoglobulin reaction in which the sufferer experiences blunting of the villa of the small intestine. This means that they completely lose the ability to absorb foods properly. In extreme cases, this can cause malnutrition.

Recently, we have noticed a metamorphosis in celiac disease where it doesn’t simply entail a gastrointestinal reaction anymore. More and more celiac disease sufferers are seeing neurological issues, which can include brain fog and migraines.2

A non-celiac gluten sensitivity will not appear on celiac tests, but there will be a clear reaction. The terminology is important to be aware of in this case. An allergy is a specific immune reaction, whereas a sensitivity is your body reacting to a substance. In the case of a sensitivity, it’s difficult to determine which parts of the immune system are causing the reaction.

Regardless, a sensitivity can still cause bothersome and uncomfortable reactions. Non-celiac gluten-sensitive individuals have to be very careful about what they eat. Indulging once can set your immune system back to ground zero, so you have to be careful to avoid gluten completely. In extreme cases, a gluten-sensitive person will need to avoid sharing cooking implements with someone who isn’t gluten sensitive.

For gluten intolerance and wheat allergy and those with celiac disease, having a tangible diagnosis has been a godsend. It’s important to be informed, and a professional should always be involved to get an accurate diagnosis of food-related problems . Cutting gluten from your diet on a whim is not only inconvenient, but it can be dangerous to your health. If you think you may have a gluten-related issue, talk to a qualified health care professional to determine a plan for putting your diet back on track.