SIBO Diet: What to Eat and What to Avoid 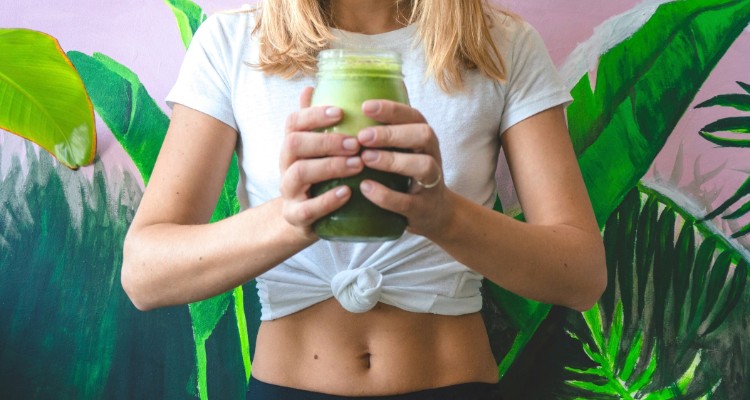 SIBO often goes unrecognized because the symptoms are frequently dismissed as inconsequential. The reality is that between 6% and 15% of otherwise healthy individuals suffer from SIBO.1 Bacterial overgrowth isn’t something to be taken lightly, as the long-term effects can be debilitating—and in some cases, deadly. The good news is that it can be regulated; you just need to get to the root of the problem.

SIBO is a relatively new term for a condition that has been around for decades. It refers to an overgrowth of ‘bad’ bacteria within the small intestine.

When working correctly, this well-oiled system keeps the digestive tract in check, maintaining healthy flora in the gut. When it isn’t working as it should, SIBO results from bacteria entering the small intestine, making its way in through the stomach or from the colon through the ileocecal valve.

The digestive system is one long tube stretching from the mouth to the bowels. A series of sphincters pinch off different areas along the way, compartmentalizing the environments that need to stay sterile. In the case of a SIBO outbreak, bacteria makes its way through these sphincters.

One of the most common contributors to SIBO is today’s reliance on acid-blocking drugs, such as proton pump inhibitors. These stop a biochemical pump within the stomach, halting the production of acid. With less acid present in the stomach, bad bacteria are not killed before making their way into the gut and small intestine.

This is an especially prevalent issue for elderly people, especially those who are hospitalized. Immobility creates digestive issues. The most common solution is to prescribe acid blockers for regulation, which creates a host of new issues with the flora in the patient’s gut.2

The second cause of SIBO concerns motility. Americans suffer from slow digestion, with the average American digestive system taking two days to process food. A small intestine full of digested food is the perfect breeding ground for harmful bacteria overgrowth once it crawls its way up from the colon.

Envision your gut as a biosphere. For our entire history, humans were part of an unbroken chain, having healthy digestive bacteria passed on to them from their mothers, first through the birth canal and then through breastfeeding. In the 1940s, we began to introduce antibiotics into our systems, which disrupted our biospheres.

All the healthy bacteria we had grown in our gut was being wiped out, and since we are still unaware of the extent of the different bacteria species we have, it is nearly impossible to replenish them completely.

Once the balance of our biosphere has been disturbed, digestion will not occur as intended. Bacteria that are not meant to exist within the small intestine will not synergize with the rest of the digestive system and may cause adverse effects. The most common of which are abdominal pain, gas, bloating, diarrhea, and constipation.

How to Recover from SIBO

The problem with most regimens meant to regulate SIBO is that they typically lead to the use of antibiotics. In this sense, you are feeding antibiotics aimed to kill unwanted bacteria to an unbalanced environment in the hopes that healthy bacteria will regrow in its place. This is not necessarily the best approach because you are also killing healthy bacteria.

Once the healthy bacteria from your digestive biosphere has been reduced, and bad bacteria has begun to overpopulate, the first step to recovery is to establish an environment that will allow for the regrowth of the healthy bacteria once more. This involves the inclusion of prebiotics to encourage the growth of probiotics.

Fiber is an excellent food source for healthy gut bacteria, as well as carbohydrates that come from cruciferous vegetables. Fermented foods promote gut health, but be aware of the ingredients. Once pickles and sauerkraut have been made shelf-stable, the healthy bacteria have been killed through the heating process. Organic fermented vegetables found in the refrigerated section of your grocery store will be the best source of foods that promote healthy gut bacteria. The ingredients should list salt, water, and maybe some spices. Yogurt is an excellent source of probiotics, as long as it isn’t sweetened.

While recovering from SIBO, you’ll want to avoid foods with added sugars – think junk food and sodas– as well as limit lactose (milk, flavored yogurts, butter) and short-chain forms of carbohydrates that usually include:

As we enter an age where SIBO diagnoses are becoming more common, it is vital to recognize that treatment isn’t just about killing ‘bad’ bacteria, but about replenishing healthy bacteria in the gut and maintaining an environment that encourages them. The key to a properly functioning digestive system is in the food we eat. To stave off bacterial overgrowth, an ideal diet should include plenty of prebiotics and probiotics from sources like yogurt, kimchi or kefir that keep healthy bacteria balanced and leave no room for harmful bacteria to take over.