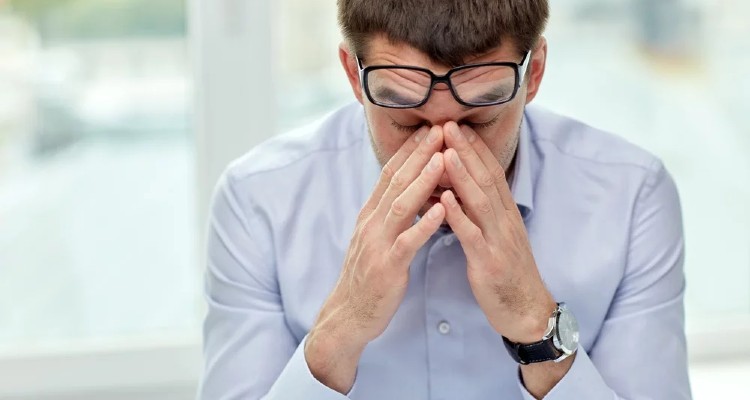 When a person feels stressed, they may reach for comfort foods that contain carbohydrates and sugars and proclaim that they’re “eating their feelings.”

Many patients have a sense that stress, metabolism, and sugar are related to one another. They often can make the connection between eating poorly and feeling sluggish. What they may not know is that changes in diet and other lifestyle behaviors that lead to alterations in coping skills can impact cortisol, insulin, and thyroid levels, which can result in fatigue and slowed metabolism.

Receptors for all three hormones are located in nearly every cell of the body, so the relationship between them and the adrenal gland, thyroid, and pancreas is critical for energy production and balanced physiology.

When this relationship is functioning normally, people tend to feel vital and well. When they aren’t functioning properly, or when their function is impacted by poor rest, diet, and exercise, patients feel unwell, gain weight, and appear in your office with issues related to adrenal fatigue and thyroid problems.

Some of the initial questions you’ll ask when identifying issues with cortisol, insulin, and thyroid hormones include:

Within our interconnected metabolic pathways, each of these individual regulatory hormones influences the other two, making their triangular relationship a complex web of physiological function. We’ll focus on problems associated with high cortisol and low thyroid, how insulin production is affected by each scenario, and how changes in the stress response impact these bodily systems.

We know that abnormal states of stress lead to increased production of cortisol, and the effects on the body can be vast. The physical symptoms of high cortisol can include thinning of the bones, sarcopenia (or muscle wasting), fat deposition, the presence of metabolic syndrome or syndrome X, problems with blood sugar, obesity, lipid abnormalities, cognitive decline due to alteration in the hippocampus and prefrontal cortex, compromised immune system, poor cardiovascular health, memory loss, and other complications.

Stress has even greater implications. It can result in permanent abnormalities in blood sugar, protein wasting, immune dysfunction, mineral loss, and changes in kidney function and blood pressure. The stress response should activate and go back to normal. If it doesn’t, there can be dire consequences.

Cortisol is important for sleep. Its release is controlled in slow wave sleep and cortisol levels follow circadian rhythms; levels should be higher in the morning and lower at the end of the day.

Nocturnal hypercortisolism, or high cortisol levels at night, can lead to sleep fragmentation, which increases cortisol even more. In this hyper vigilant state, the body struggles to enter rest and repair mode, and the immune system remains hyperactive and in a neuro-excited mode. The brain can’t settle down and the body can’t enter slow wave or REM sleep.

The Body’s Response to High Cortisol

When the body has produced too much cortisol, known as hypercortisolism, it enters self-defense mode. The brain and the body say, “Enough is enough.”

There is too much stress, too much cortisol, and there are possibly alterations or injuries to key centers of physiology. To further protect itself, the body’s next step is to turn down the stress response by entering the flattened cortisol curve.

In nearly every scenario when there’s flattening of the cortisol curve and alterations in the HPA axis, there tend to be worse outcomes overall.

When your patient presents with any of the issues related to high cortisol levels, you’ll want to determine the state of their cortisol, and whether excess stress, an immune threat, or other metabolic pressures have played a role.

When we eat, insulin levels and glucose levels go up. Cortisol goes up, too, because it wants to create a blunting mechanism for glycemic control. Stress can influence the body’s insulin response and blunt thyroid function. Cortisol plays an important role in thyroid balance.

Increased cortisol due to high stress can shift the thyroid into a more inactive state, elevating reverse T3 levels rather than converting Free T4 to Free T3, which is important for glucose control as it affects the number of insulin receptors available and how receptive they are to insulin.

When the body’s sympathetic nervous system has been activated, such as when an athlete trains, you’ll see increased cardiac output, peripheral blood flow, and oxygenation of peripheral tissues. When that’s already occurring, the body’s in a hypervigilant state and doesn’t really need excess Free T3. If the body isn’t shifting into rest and repair mode, such as when an athlete is overtraining without proper down time, the response is metabolic stress. This can lead to neuro, endocrine, and immune balances, resulting in an increased baseline of inflammatory cytokines.

The metabolic effects of suboptimal thyroid function are linked to glucose tolerance. The thyroid hormone influences the rate at which glucose is absorbed from the GI tract and taken up by cells. Insulin signaling and receptor problems also arise from low thyroid, which reduces target insulin binding and number of insulin receptors expressed.

Blood sugar swings, such as with episodes of hypoglycemia, will activate the stress response and lead to that bidirectional relationship between cortisol and insulin. Controlling blood sugar through diet is key, but it’s not enough to simply eliminate carbs. Managing and modifying stress levels is also necessary.

Cortisol, especially when it’s related to occasional anxiety and mind racing at night, may be helped by L-theanine.* If the patient has GI tract issues, holy basil may be substituted to clam the gut and phenyl-gaba or gaba may be used to help calm the brain and induce sleep.*

Stress management for cortisol control is promoted with magnolia/phellodendron, while iodine can help with thyroid.*

For insulin resistance cravings and stress, we recommend tryptophan to boost serotonin levels.* It can have a sedative effect, but if the patient is already activated, tryptophan has a calming effect on the brain and elevates mood.*

Managing the complex relationship between adrenal, thyroid, and pancreas can involve many potential choices for patient care. It’s important to choose the options that relate to the situation of the individual patient and what you identify as the primary driver in the problems they present. This may involve managing stress response, breaking insulin resistance, or enhancing thyroid function. But it’s important to remember that even when you’re treating the primary driver, you’re not just addressing one thing because these functions are deeply interconnected. Though your primary focus may be linked to one corner of the triangle, clinical strategy should give attention to all three.