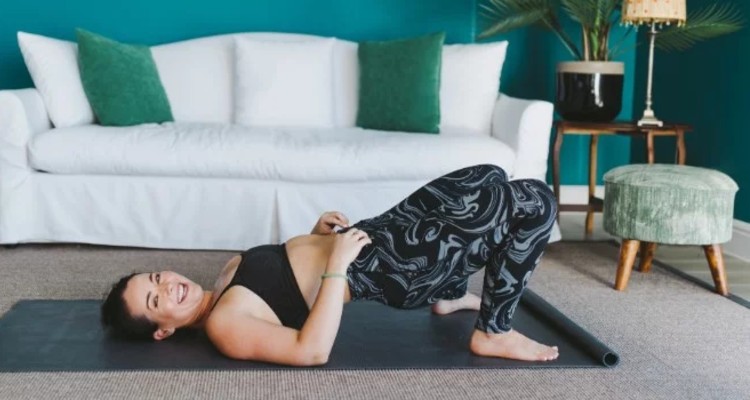 Although we call cortisol “the stress hormone,” when examined closer, it’s apparent that cortisol touches a much wider range of systems and functions within the body.

Nearly every cell contains receptors for cortisol, as it uses the body’s veins as a freeway to get from one system to the next. This gives cortisol an array of responsibilities, adopting roles in reducing inflammation, influencing memory function, and controlling salt and water balance. Its notoriety comes from its control over the body’s blood sugar levels, causing it to regulate metabolism, and thus, it has a substantial impact on weight management. That function is heavily influenced by stress factors, inducing its “stress hormone” moniker.

The Three Stages of Stress

When undergoing stress, the body responds through a three-tiered system of cortisol production. Each tier is perpetuated by the one that proceeds it, building onto and magnifying its symptoms.

Cortisol levels throughout the body fluctuate at different points during the day. It's easy to monitor this normal function, as we often notice the peaks and valleys of our daily stress. During the high-stress peaks, the body will develop a lack of appetite. To a degree, it will respond to this level of cortisol output by engaging in survival mode, shutting off all ancillary functions until stress levels return to normal. Once the stressors turn toward the excessive and ongoing, they enter the second stage of cortisol output.

The second stage of stress output is characterized by an initial sense of alertness and elation. When the body is pumping out cortisol, senses sharpen, and it feels ambitious. As this situation becomes chronic and cortisol levels become too elevated, it will enter a high alert phase. This is the point where sleeping patterns are disrupted, and as cortisol continues to increase, it interferes with the body’s methodology for processing sugar as well. As sugar and insulin levels become unstable, the body begins to crave energy in its quickest form, which is when cravings for sweets and processed food form.

The third stage of cortisol output is the least healthy. It is the stage where adrenal fatigue becomes a health risk. The body’s inability to produce cortisol, taxing the adrenal glands is what causes this. The body enters an inflammatory state and doesn’t feel rested despite receiving optimal levels of sleep. Caffeine and sugar intake usually increase at this phase, forcing more cortisol to be squeezed out of the adrenal glands than they would normally produce.

At stage three, a psychological component enters into play. The individual is tired and unmotivated, both factors causing adverse effects on their physical appearance. It is not uncommon at this phase for borderline dysmorphic image and perception disorders to develop. At the same time, the sporadic desire to lose weight may present itself. With the body low on clean energy reserves, this is problematic and can lead to a system crash and further health issues.

As cortisol levels become more available in the bloodstream throughout stages two and three, it blocks insulin from enabling sugar to bind to its target organs. This contributes to insulin resistance within the body, which is equated to the pre-diabetic phase where sugar is at a freefall, and elevated levels of insulin are being produced. This will lead to higher fat production in trouble areas, such as the stomach and thighs. It also leads to adiposity, causing fattier organ tissue and creating a greater range of health problems.

Visceral adiposity, in its early stages, is reversible. Untreated, it can lead to organ failure, including the weakening of the heart, palpitations, and heart attacks. Meanwhile, the body still craves sugar, causing the over-eating of unhealthy foods, further contributing to issues concerning metabolic regulation.

Under optimal circumstances, cortisol is an up-regulatory hormone. This means that as cortisol is present, metabolism is up-regulated, increasing the body’s demand for energy. With an increased demand for energy and increased ATP production at a cellular level, the body demands fuel. The most efficient, slow-burning fuel for the body is fat, but sugar is faster. Which is why it’s what the body turns to during cravings. By feeding into these cravings, we are perpetuating an insulin resistant cycle.

Cortisol’s Impact on Weight Gain in Men vs. Women

Cortisol’s relationship with steroidogenic hormones impacts weight gain in women differently than it does in men. Because the female steroidogenic pathway is far more complicated than its male counterpart, women are impacted more heavily by cortisol-induced weight gain.

Women have to maintain a balance between progesterone and estrogen, while the male steroidogenic pathway has fewer factors to it. While men tend to put on just as much weight as women - sometimes more – it’s easier for them to lose it. Female weight gain is more compounded and requires a fine-tuned strategy for its regulation.

Weight loss following high cortisol output and adrenal fatigue is entirely dependant on resetting the body’s insulin levels. Determining which stage of cortisol output the body is at is critical for determining the strategy for regulating it. High-output or low-energy exercises are recommended based on the current stage.

At stage two, with the high levels of cortisol coursing through the body, an intense lifestyle and workouts are generally welcome. For example, Cross-Fit is tolerable at this stage, along with HIIT or strenuous hiking. Once the body enters the third stage of cortisol output, a lower-intensity exercise regimen is recommended. Being active at low levels - through short walks, Tai Chi, and Yoga - is critical at this point to regulate cortisol levels without producing increased demand for it.

Throughout these stages, the body will see peak times of cortisol output at different times of the day. These are important to monitor to target exercise, supplementation, and lifestyle changes. The body needs to revert from a system of energy peaks and valleys to one of continuous energy stimulation to potentiate healing.

To offset sugar spikes, a healthy fat and protein diet with a low glycemic load is recommended. Patients dealing with adrenal or cortisol dysfunction do well with a Ketogenic or Paleo lifestyle supplemented with intermittent fasting. Adaptogenic supplementation and glandular cortisol support will support recovery if the body is in stage two and three of cortisol output, respectively.

The body’s response to stress is complex. But by understanding the complete spectrum of cortisol production, we can accurately predict what’s going on and how to correct deficiencies. The path to physical health is easily laid out once we know how to read it. It comes down to performing our due diligence and examining every symptom to understand the patient.