How to Detox for Weight Loss 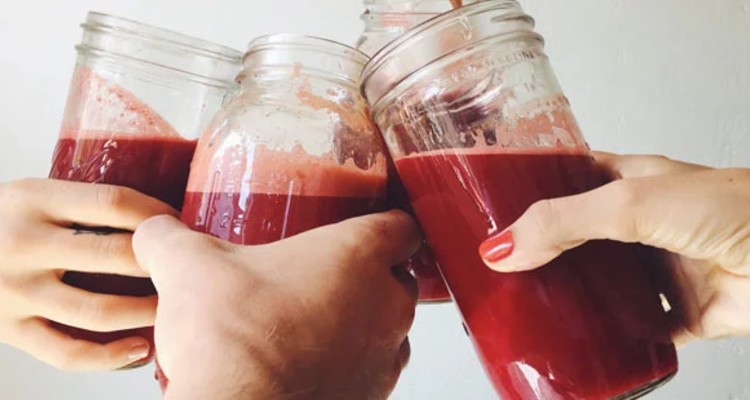 It’s that time of the year again.  People are stepping up their exercise routine, changing their diets, and looking into detoxification programs, often looking to ‘detox for weight loss’. Culturally, “detoxing” has come to mean cutting back on alcohol and changing poor eating habits after weeks of imbibing and gorging on holiday foods full of sugar and carbs.

But medically, detoxification means ridding the body of a number of toxins it isn’t designed to process.  This can be confused with ‘cleaning’, which means improving digestive function, starting with restoring gut health with digestive enzymes, hydrochloric acid, fiber, and probiotics.

People should be aware that toxins can come from sources other than food and alcohol. For example, bisphenol A (BPA) in plastic water bottles and glyphosates in our foods are two of the most notable examples that people consume daily.  These can both wreak havoc on various systems in the body including the endocrine (hormone) and neurological (brain) systems.

Functional medicine practitioners can help patients understand what detoxing really is and how to safely and gently guide them through a customized program.  And programs can vary widely from person to person but generally consist of lifestyle changes and supplement regimens that help reduce toxins in the body and, ultimately, support weight loss.

Effects of Toxins In The Body

Understanding how excess toxins in the body relate to weight management is key.

Toxins are known endocrine and hormone disruptors, both of which can impact weight if they’re out of balance. They can also be carcinogenic and have neurotoxic effects. It's widely thought that when there are excess toxins present, the body responds by compartmentalizing them, separating the toxins from other tissues by wrapping them in fat to minimize their impact on the body’s cells and systems.

When this happens, the fat is deposited in all the places extra fats are usually stored—such as the belly and thighs.

Detoxification can be thought of as a reboot, like pushing “control-alt-delete” to give the body a chance to start over.

The first phase breaks down the toxins in order to ready them for clearance out of the digestive system.  The issue is, there are certain toxins that, once prepped, need to be cleared virtually immediately as if there is a delay in phase II, the toxins can recirculate and damage various tissues.  Various nutrient, such as amino acids and key B vitamins lend to this phase working properly.

The second phase involves clearing the liver’s pathways of the broken down toxins from phase I, and ensuring the liver pathways are functioning properly and the gall bladder is secreting adequate bile. To support these pathways, a functional medicine practitioner may recommend supplements containing milk thistle, curcumin, DIM and Omega 3s (fatty acids).

This two-part process occurs continually but can be supported through a ‘detoxification’ one to two times per year.

Detoxification involves a prep phase that lasts two to four weeks, and may involve a supplement regimen that includes GI Benefits or Enzyme Benefits.

Patients may worry about this phase because they associate detoxification with harsh side effects, such as feeling sluggish, deprived, or suffering from other symptoms during the process. But that’s not at all what occurs with a typical functional medicine pre-detox or detox regimen.

The prep phase readies the body for detoxification. If the body is not prepared, or if the patient has leaky gut (a lack of integrity in the lower digestive system that occurs when gaps between cells in the small and large intestine allow the bloodstream to reabsorb escaped particles) only then is there the potential for experiencing any of those negative reactions.

It’s important to stave off leaky gut before starting a detox regimen, because opening and clearing pathways in digestive system that’s prepared to process foods effectively will create the opportunity for the body to reabsorb the toxins that are released from the liver rather than flushing them out. Leaky gut paired with enhancing the detoxification pathways can actually cause people to feel worse.  As such, the importance of prepping the digestive tract prior to a detoxification program cannot be overstated.

With that said, there is always a potential for people to experience mild side effects, such as fatigue, headaches, fogginess, or altered digestion. These are the body’s responses to ridding itself of toxic elements and shouldn’t last long.

Patients can also make small changes to their environment that reduce the amount of toxins that enter their body:

Lifestyle choices like these help minimize the number of new toxins that make their way into the body.

Understanding the relationship between toxins and excess fat is foundational to achieving weight loss through detox. Once the body is prepared for a healthy two-part detox process, a functional medicine practitioner can guide you to the best supplements for eliminating toxins from the body. Lifestyle choices will go a long way in keeping those toxins at bay.