Fad Diets: What You Need to Know About Popular Diets 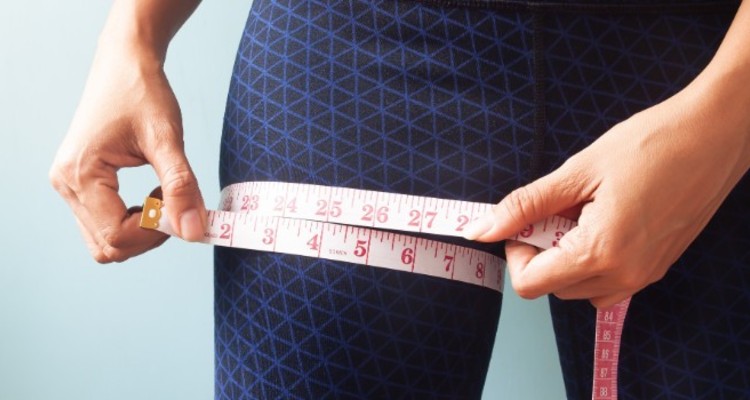 Fad diets have become increasingly popular since the 1980s, with new versions popping up every year claiming to be the most effective method for weight loss.

Targeted at those who want to lose weight fast, fad diets provide people with simple rules, steps, and meal options that are meant to help provide a quick fix. Rarely do these diets ever have a real lasting effect and, for certain individuals, they can even pose certain health risks if attempted without the consultation of a nutritionist or physician.

This leads us to wonder— do any of these fad diets have real value behind their claims, or do they do more harm than good?

Gluten is found primarily in barley, rye, and wheat. Gluten-free has become one of the most predominant new waves of fad diets. Originally, it was developed to help those with gluten sensitivity who may have serious reactions to just one crouton containing 50 milligrams of gluten. For these individuals, when gluten is consumed, it triggers an immune response to attack and cause damage to the lining of the small intestines. This creates issues with digestion, nutrient absorption, and can produce an immune response. A related condition called non-celiac gluten sensitivity can produce similar symptoms but is currently still poorly understood.

For those with extreme gluten intolerance, removing gluten from their diet is essential and means relinquishing foods such as bread, cereal, pizza, as well as sauces and foods with hidden gluten sources. For the rest of the population, a gluten-free diet has far fewer benefits than most think.

With the recent boom of gluten intolerance, companies have begun to make gluten-free versions to appeal to this growing niche of consumers. Their attempts to recreate original versions of processed bread, cookies, and more include substituting wheat with rice flour and other less nutrient-dense ingredients.

These more readily available options may seem appealing and harmless but usually contain ingredients that are higher on the glycemic index—which means a higher rise in blood sugar, followed by a fast dip. Those looking for a quick weight loss fix from a gluten-free diet may not get the results they expect if they end up substituting all of their previously gluten-laden foods with processed, high-glycemic-index versions.

Furthermore, whole wheat is a major source of fiber, healthy fats, and vitamins in the American diet, and with the majority of Americans being deficient in natural fiber, this can worsen the digestive processes more than help them. Typically, real results are due to a decrease in processed food purchases rather than the removal of gluten from their diet. However, if you do believe that you may be gluten-intolerant or gluten-sensitive, limiting gluten intake for 2 weeks, without replacing it with processed versions, can be a great way to determine if this diet is right for you, but you should make an appointment with your doctor or a registered dietician first.

Recently, following in the footsteps of other low-carbohydrate diets such as the Paleo Diet, keto has become popular among those experimenting with a high-fat diet—as high as 90% of the daily caloric value.

The aim of the keto diet is to force your body to switch its primary fuel system from carbohydrates to ketone bodies, which are produced when the body is put into a state of ketosis and the liver, depleted of glycogen storage, begins to burn fat.

There is currently no consensus on the efficacy of keto diets for weight loss. Positive results from a keto diet have been found in some clinical studies with type 2 diabetes, yet there are still no longitudinal studies linked to the sustained benefit of a keto diet on overall health.

In reality, a high-fat diet can pose numerous health risks, such as liver problems for those who have existing conditions, nutrient deficiency, and other side effects that result from an extremely low carbohydrate diet. Careful consideration should be taken before considering a keto diet, as there is no clear clinical evidence of this being an effective, long-term weight loss plan.

While some individuals find benefits from incorporating this diet into their lives, others find that replacing chemically-laden processed foods with fruits, vegetables, and legumes, and quality carbohydrates such as barley, oats, and quinoa is just as effective.

Intermittent fasting is less of a diet and more of a lifestyle change that relies on two key factors: lowering calorie intake and reducing the window in which food is consumed. There are various fasts but the most common is to fast for between 12 and 16 hours per day. It isn’t about cutting calories so much as cutting down the window of time in which you consume calories. An example of this is not eating anything after 8 PM in the evening, then skipping breakfast and waiting till lunchtime to eat again.

Recent research has shown that restricting meals to an 8-10 hour window is an effective weight loss strategy. This can help improve insulin sensitivity and lower blood pressure by allowing the body enough time to bring down insulin levels long enough so the body’s fat cells can begin releasing their stored sugar.

Intermittent fasting will work best if paired with a nutrient-filled diet of whole fruits, vegetables, legumes, grains, and protein. While it may be difficult at first for some individuals, if appropriate, intermittent fasting can be incorporated slowly into your lifestyle with the consultation of your doctor. The most significant 'con' is that it can take some people a while to adjust to their new eating schedule, so they spend the first couple of weeks feeling hungry.

Without much scientific backing or long-term efficacy, meal plans and shake diets, like the ones we used to often see advertised on TV, were created to make it as easy as possible for people to lose weight by removing the critical component of choice. By having extremely limiting meal options, these types of fad diets sell generic cocktail of “nutrients,” chemicals, and processed ingredients to the masses at a premium price.

For those looking to lose weight fast by risking eating highly processed food, meal plans and shakes may work. However, there isn’t any real sustainable benefit of this diet unless you want to eat out of a plastic container forever. For most people, food is more than just a box of nutrients, it’s meant to be an enjoyable experience.

Restricting the option for real food is not the way to maintain a healthy weight, nor a healthy life. In reality, most people will not stick to a shake-type diet because there is no room for it in a social culture that relishes time spent over a good meal. Thus, while meal plans and shakes are efficient, they are not an effective long-term diet strategy.

The Key To a Healthy Diet Is Balance

The main takeaway from fad diets is that there is no one-size-fits-all rule, and there never was. No matter what the new “diet of the year” will claim, in the end, being aware of what your body needs and ensuring you are consuming a variety of whole foods is what will work best. Our bodies are unique, so trying and experimenting with the removal of certain food groups can be beneficial. Practicing awareness of what we put into our bodies, our head-space, and our physical activity are what will ultimately keep us at our healthiest.

It’s important to research a ‘diet’ before you try it. To avoid any yo-yo effects, a diet should be thought of as a lifestyle change, not just something temporary to lose weight in the here and now. Talk to your doctor. They can help you determine the right lifestyle change for your body-type to help provide a more effective and a better experience overall.