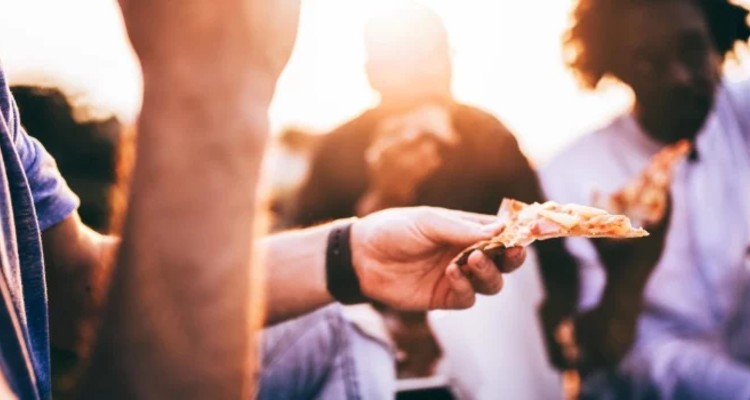 Though breakfast is the most important meal of the day, the secret to an optimal metabolism may lie in ancient traditions like fasting, rather than in your morning oatmeal.

Fasting is one of the oldest and most common methods of regulating one’s metabolism. Hippocrates, the father of Western medicine, believed it allowed the body to restore itself through a steady abstinence of food and drink that can range from 12 hours to one month. Intermittent fasting, on the other hand, cycles between brief periods of fasting—with either no food or a significant calorie reduction—and periods of unrestricted eating.

Behind the Human Growth Hormone (HGH)

HGH is a hormone made by the pituitary gland that plays an important role in the development of children and adolescents. This hormone is indispensable to adults as well, because an HGH deficiency may lead to higher levels of body fat, lower lean body mass, and decreased bone mass. The function of HGH starts by traveling through the bloodstream and getting metabolized in the liver. HGH is then converted into several other growth factors, the most important of which is the insulin-like growth factor 1 (IGF-1).

HGH is typically secreted just before waking up, along with cortisol and adrenalin. These hormones send signals to the body to increase the availability of glucose. Since HGH levels decrease with age, there may be essential health benefits for people looking to adopt a healthier lifestyle.

The Effects of Increasing HGH Levels

After waking, the body is in a metabolic state of low insulin, elevated human growth hormone (HGH), and elevated cortisol levels. This is the body’s ideal state for fat loss. Once it takes in its first meal of the day, the body goes into fat-storing mode, and insulin levels rapidly increase. If the body has high cortisol levels, it leads to a decline in blood glucose levels which makes us feel hungry and makes it difficult to control cravings throughout the day.

Adults with a growth hormone deficiency (GHD) are characterized by having imbalances in body composition, bone density, lipid metabolism, as well as experiencing cardiovascular disorders and an increase in fat accumulation. However, research shows that intermittent fasting in adults with GHD reduces abdominal and overall fat mass. Additionally, in clinical studies examining the efficacy of HGH in obese people, participants with higher levels of HGH showed a reduction in abdominal and total fat mass despite showing little or no change in weight.". In the study, it was concluded that the experimental reductions in abdominal fat mass were modest and similar to those achieved by diet and/or exercise.

The Importance of HGH Production in Men and Women

Men typically have greater amounts of testosterone, less body fat, and more muscle than women, which provides a basis for better metabolism. As a result,  men often have higher resting and basal metabolic rates and therefore burn more calories than women, comparatively.

In contrast, female bodies are naturally more efficient at storing energy which is useful for certain purposes such as pregnancy or breastfeeding. However, this means that women are less efficient at converting their caloric intake into lean body mass or energy, and tend to store more fat than they burn.

Having elevated HGH levels places both genders’ metabolism in fat-burning mode while maintaining muscle mass. In conditions of intermittent fasting – starving the body of calories for short periods–  the biological activity of HGH secretion provides an increase in hepatic glucose production and utilization. This process relies on an alternative energy source, promoting the mobilization and oxidation of fats, while leaving lean body mass intact.

Still, according to a study that analyzed how intermittent fasting affects the pituitary-testicular axis in obese and non-obese men, there is far less testosterone production in obese individuals. Perhaps intermittent fasting is something to continue doing to improve metabolism and correct any hormonal imbalances.

Decades ago, it was accepted that all foods raise insulin, so the most effective method of reducing insulin is to eat less. As the body burns fat to obtain energy, the blood glucose levels remain normal. The same effect is seen with intermittent fasting, but fasting for longer periods of time reduces insulin levels dramatically. Consequently, intermittent fasting has been studied as an adequate method to reduce insulin.

One of the benefits of lowering insulin is that it gets rid of any excess salt and water in the body, as insulin causes salt and water retention in the kidneys. While diuresis (increased or excessive production of urine) is beneficial in reducing bloating, some may experience lower blood pressure. On the other hand, intermittent fasting has an early period of rapid weight loss. For the first five days, weight loss averages 0.9 kg/day, far exceeding the difference in weight from caloric restriction alonexcaloric restriction and likely due to a diuresis of salt and water.

HGH increases the availability of fats and affects how they’re used for energy. HGH also helps preserve muscle mass and bone density. HGH production naturally decreases with age, but we can stimulate it with the ancient tradition of intermittent fasting. In recent studies, HGH secretion more than doubled over a five-day fasting period, and muscle and bone mass were maintained.

Intermittent fasting needs to be considered for its true health benefits. For most people, there is no need to consume calories as soon as we wake up to improve our metabolism; this is a myth. The body’s natural metabolic processes are enhanced in intermittent fasting, allowing us to live healthier lives and take advantage of the many positive health benefits of intermittent fasting. Benefits include support for healthy glucose regulation, maintaining cholesterol levels within normal rangest, and heart and brain health.. When done properly, this practice helps to optimize the metabolism and promotes healthier aging—without worrying about your calorie intake.