What is DMG and its 7 Most Common Uses? 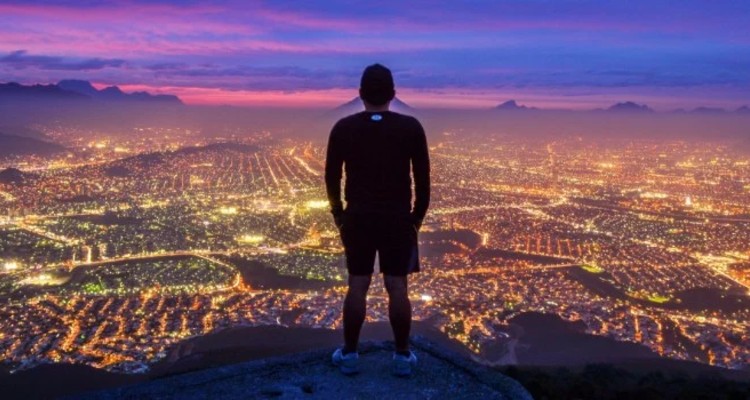 Dimethylglycine (DMG) is an amino acid with quite an exciting history. Its use in health and maintenance goes back to 1960s, where the Soviet Union came up with the idea that there was a vitamin B15 and called it calcium pangamate.

This particular substance was found to be very beneficial to human health, but time and research led us to understand that the active substance behind the supposed vitamin B15 was, in fact, dimethylglycine. It turned out that this was the nutrient that proved incredibly valuable to energy, healthy neurological function, athletic performance, liver health, and more.*

DMG is a derivative of the amino acid glycine, with two extra methyl groups attached to it. These methyl groups are metabolized and given over to what’s known as the one-carbon pathway. DMG becomes effective because it falls apart and produces building blocks for a wide range of fundamental biological molecules in the body, including neurotransmitters, hormones, antibodies, and various structures that help in the energy cycle.* In a broader sense, DMG is a potent metabolic enhancer that boosts a myriad of vital bodily functions.

While research is still emerging, the following uses for DMG are known to be highly beneficial for many people and are already being used clinically by doctor:

An immune modulator is any nutrient or substance that enhances the immune system’s response to a challenge. DMG enhances immune function, particularly in the face of adversity.*1 It works by enhancing the production of T cells, B cells, and macrophages, therefore supporting the body in overcoming and preventing the onset of various conditions.*

Many people who adopt a dimethylglycine-rich program including supplementation find that they better overall immunity.* One study looking at DMG’s immune-boosting properties found that a group given DMG had a 400% increase in antibody production.*

One of the earlier discoveries was that DMG could be highly useful for athletes by increasing performance and endurance.* Use on thoroughbreds showed that DMG allows the body to function longer without significant fatigue, without muscle degeneration, and with better oxygen utilization.* Research has also found that DMG may limit lactic acid build-up under aerobic metabolism.*2

Not only is this important for endurance athletes, but also for anyone who could benefit from less fatigue and more endurance. Truck drivers, students, shift workers, and people working long hours often are required to maintain higher levels of physical and mental alertness.

One study found that DMG taken at higher levels can reduce what marathon runners call the “18-mile hitting-the-wall factor,” supporting runners in both their time and recovery.3 Many athletes are also using DMG for general immune support, as intense exercise leaves the body’s immune system depleted.*

Dimethylglycine works to enhance the function of the heart and the circulatory system, so the body has fewer issues with degeneration.* Studies have found that DMG improved cardiovascular function, improved oxygen utilization, helped moderate cholesterol and triglyceride levels, and homocysteine, a marker for cardiovascular health.*4

Homocysteine requires a methyl group to convert it to methionine , and DMG produces methyl groups for the transmethylation and methylation processes. Its methylation properties make DMG ideal for supporting better cardiovascular function.* Some practitioners report promising results using a combination of CoQ10, omega 3 fatty acids, and DMG for improved heart health and function.*

There are various pathways in which the body can eliminate toxic substances. DMG is excellent for detoxifying and aiding in the liver’s processes of cleaning out these substances, and studies have shown that the methylation pathway is critical in eliminating toxins.*5 DMG enhances glutathione production, which is often thought of as the “master detoxifier” and free-radical fighter in the liver.* DMG also works as a lipotropic agent, which can help to support liver health.*

Perhaps DMG’s most promising and exciting uses are related to cognition. Along with improving circulation and oxygen utilization, DMG has been found to enhance the production of neurotransmitters in the brain and the production of an important energy molecule called phosphocreatine.*6 Phosphocreatine is a precursor that helps boost ATP production, and DMG produces both the glycine and the methyl groups needed to produce the creatine that goes into phosphocreatine.* This combination can dramatically enhance brain function.*

While we can’t make any medical claims at this time, fascinating research and case studies are looking at DMG’s impact on repetitive behavior, communication challenges, and eye contact.*

DMG also supports a healthy inflammatory response and is a potent free-radical fighter, helping to sequester and eliminate free radicals, which can cause harm to organ systems and cell function.* Considering DMG’s helpful mechanisms, as well as being an effective detoxifier, it makes sense that it’s also thought to be a tremendous substance for supporting healthy aging.*

Many benefits of DMG are linked to the fact that it’s an adaptogen, which helps combat the effects of physical and mental stress on the body.* This includes boosting the immune system, cardiovascular system, and more in times of heightened stress.* Many of the uses and benefits discussed above result from DMG working as an adaptogen, as it helps the body adapt to physically and mentally stressful experiences.*

DMG exists in certain foods such as seeds, grains, organic liver, and beets but at extremely low levels. However, it’s challenging—if not impossible—to derive increases in DMG from foods alone because it’s an intermediate. Foods rich in choline and trimethylglycine or Betaine support the metabolism producing DMG, meaning the foods themselves contain precursors to DMG, not the substance itself. A program rich in both precursor foods and appropriate DMG supplementation is the best approach for most people.

DMG is essential in supporting methylation pathways, its role as an adaptogen, and its role in providing building blocks for neurotransmitters.* Hopefully, more specific chemical research in the future will allow us to utilize DMG to combat several aging conditions and improve wellbeing, vitality, and overall health of aging individuals.*