What Telomere Testing Is and Why It’s Important 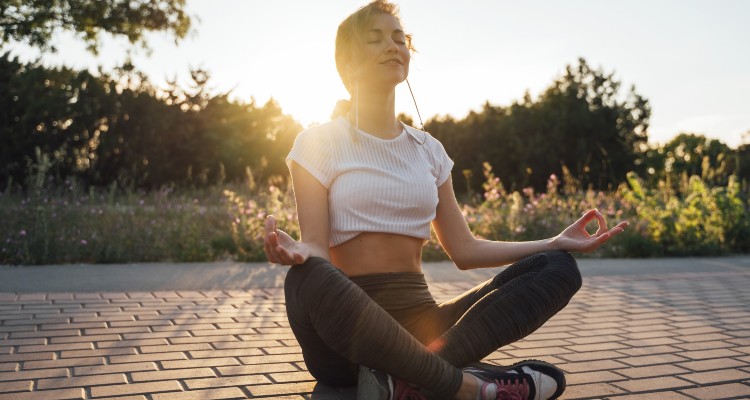 You know about the nucleus, the mitochondria, and the cell membrane—but did you know that every cell in the human body also has a telomere?

These segments of DNA are part of the chromosome and hold them together, protecting cells from DNA mutations. This is important because when chromosomes unnecessarily replicate, genetic information can become convoluted or destroyed, leading to malfunction, increased risk of health challenges, and even a shorter lifespan.

Research on beta plaques and cognitive decline reveals that telomeres shorten each time a cell divides. Years of divisions cause telomeres to grow too short to continue dividing, at which point cells may malfunction, or cell death may occur. Studies show an association between shortened telomere length and increased mortality risk, even when lifestyle risk factors—like smoking and drinking, for example—are taken into account.

Understanding telomeres as a biomarker for cognitive function, health-challenge prevention, and diagnosis and symptom support is a promising advance in the world of functional medicine, but this knowledge has its limits.

Why do Telomeres Shorten

The enzyme telomerase is found in certain cell types and essentially prevents excessive wear and tear by adding additional telomere sequences to the ends of chromosomes. When humans are conceived, their telomere length is roughly 15,000 bases, but by birth, that number has already dropped to 10,000. As the years pass, cells continue dividing, and the strands become slightly shorter each time a chromosome replicates itself.

Extrinsic factors that seem to contribute to telomere shortening include certain genetics, lifestyle choices like smoking and drinking, exposure to certain medications, and genotoxins. While further study into the implications of telomere shortening is necessary, current research suggests that there could be a profound impact on harmful cell proliferation and the aging process.

Though there is likely not enough actual DNA in the telomere itself to be significantly impacted by methylation, the entire chromosome can methylate, ultimately impacting the telomere. Changes to DNA methylation serve as an assessment tool for biological age, which differs from chronological age, or the number of years you’ve been alive. For example, some people have DNA profiles that suggest they are older or younger than they actually are, so their DNA methylation age is either older or younger than their chronological age.

Are There Ways to Slow Telomere Attrition?

While there is still a lot to learn about how telomere length affects optimal health—and its use as a biomarker for disease—it does seem clear that the longer telomeres are, the better. These following four strategies prove effective for lengthening telomeres using diet and lifestyle interventions:

Stress releases inflammatory hormones, which can cause oxidative stress and possible DNA damage and telomere shortening. An increase in the stress hormone cortisol may contribute to telomere shortening, so stress management is critical for slowing telomere attrition (the gradual loss of telomeres).[2]

What you eat may also play an important role in telomere length, and the Mediterranean diet seems to be particularly beneficial for telomere health.[3] More broadly speaking, a diet based on whole foods and fibrous plants is important for both telomere length and optimal health, as antioxidants like vitamin C, and nutritional supplements with vitamin D, folic acid, methylated B vitamins and adaptogenic herbs are especially effective at slowing oxidative stress.*

A twenty-minute walk can reduce the amount of telomere shortening with each replication process. Research shows that people who participate in high levels of physical activity have longer telomeres than those who move less.[4]

Sleep has a huge impact on cell health, and those who get around seven hours per night have longer telomeres than those who sleep less. This is likely due to the correlation between poor sleep and high stress hormones, insulin and dysregulated blood sugar.[5]

What is the Result of Telomere Shortening?

When telomeres become too short, the chromosome can no longer be replicated, leading to cell apoptosis, or programmed cell death.

Some consequences of telomere shortening are yet to be discovered, but we do know that it can lead to significant health implications. Research suggests that decreased telomere length could increase risk of mortality and a myriad of health problems, and is potentially linked to lifespan.

Why is Telomere Testing Important?

Whether or not telomere length testing is an important marker for lifespan is still debatable, though it can provide useful insight into part (not the entirety) of a healthy aging process. More research is now showing evidence for how it can be used as a biomarker for cognitive health, since the changing of telomere length is associated with structural changes in the brain and mild cognitive impairment. Shorter telomere lengths seem to reduce grey matter in the precuneus, a central brain region for metabolism and connections.[6] There are also potential links between shorter telomere length and neurodegenerative problems.

Some doctors use telomere testing as a valuable screening tool for inherited telomere maintenance deficiencies, which can be a precursor to other health problems. Similar to testing many biomarkers of health, telomere testing can be helpful if your general lab work has come back normal, but you’re still experiencing symptoms or feeling crummy.

How is Telomere Testing Done?

There are many labs that specialize in telomere testing. The process is a quick, simple blood draw and is not terribly expensive. Reliable companies include SpectraCell, TeloYears, LifeLength, and RepeatDx. Results are analyzed by considering the rate at which changes in telomere length occur, which tells you how many cells are being lost and replaced (cellular attrition).

Who Should Consider a Telomere Test?

Those who could benefit most from telomere testing include athletes who want to optimize their health and performance, people with genetic issues or conditions that want to gain valuable information about their health, and anyone who hasn’t reaped enough insight from standard lab testing and would like to dig deeper to discover potential underlying issues.

Telomere testing for biological age has its time and place, but instead of seeing it as a be-all-end-all of longevity, it’s best to use it as a jumping-off point to get a better sense of your overall health. If your telomere testing numbers are in good shape, take them as a sign that you’re making sound choices and should continue with your healthy diet and lifestyle.